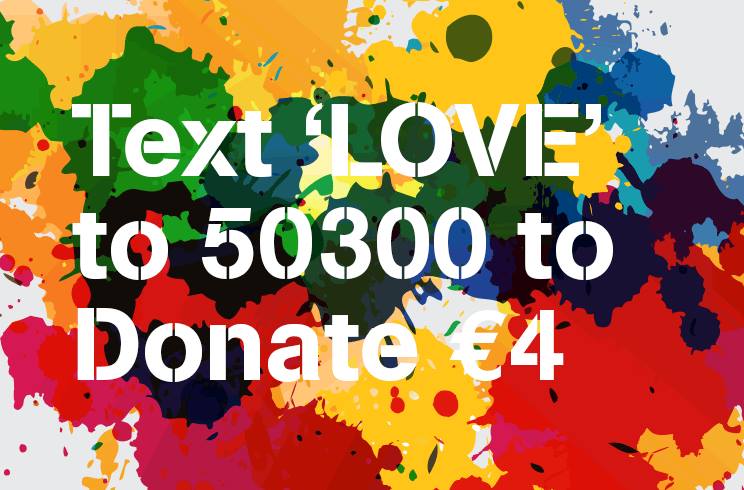 YES EQUALITY CAMPAIGN LOOKING FOR YOU TO ‘SHARE THE LOVE’

The Yes Equality Donegal group are asking you to ‘Share The Love’ this Valentine’s weekend.

The Yes Equality Donegal group are hosting an online fundraising event as part of their campaign for a Yes vote in the Marriage Equality referendum.

The Facebook event, calls upon people to “Share The Love” this Valentine’s weekend by donating to Marriage Equality.

The event has reached over 3000 people. Donations can be made to Yes Equality by text or online at any time, and information on how to do so is available on the event.

Noel said,  “With love in the minds of most people this Valentine’s weekend it’s important that we all do everything we can to ensure that everybody has the right to show their love at the highest level.

“This can only be done by giving everybody the right to marry. That is why we have to vote Yes on May’.

Noel added, “We hope that people will see this not just as a donation to a referendum campaign, but as an investment in a future in which all people of Donegal are treated equally when it comes to civil marriage.

“The knock on benefits of this to society are immeasurable’.

Yes Equality Donegal has seen its following increase exponentially as pace gathers in the Marriage Equality debate and is now one of the largest regional Yes Equality groups.

Support continues to grow as the group begins to focus its efforts on mobilising its followers to cast their votes in May.

You can ‘Share the Love’ by texting LOVE to 50300 to automatically donate €4 to Marriage Equality. Alternatively, you can donate an amount of your choosing by texting 51500 or visiting http://www.marriagequality.ie/donate/.

All proceeds from the ‘Share The Love’ event will go directly to Marriage Equality.

YES EQUALITY CAMPAIGN LOOKING FOR YOU TO ‘SHARE THE LOVE’ was last modified: February 15th, 2015 by Mark Forker