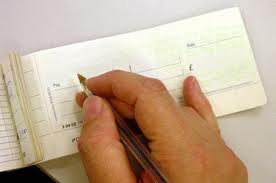 A woman who was given a cheque-book by a bank to start a new business went on a spending spree before the loan was officially approved.

Ms Devine cashed a number of cheques across Donegal.

She was told the loan application for €10,000 was looking good and was even given a cheque-book.

The mother-of-five began purchasing various items over a six week period between September and October in 2013.

However, two weeks alter she was told by the AIB that the loan application was being refused but could appeal the decision.

Ms Devine continued to cash various cheques in towns across Donegal including Letterkenny, Milford, Burt, Fanad, Ramelton, Ballybofey and Convoy to the value of €6,778.34.

Solicitor Michael Shiel, said his client, of 18 St Columba’s Terrace, Letterkenny, was realistically never going to get her business off the ground.

He said she suffered from bi-polar disorder and handed a medical report into Letterkenny District Court.

He said Ms Devine had bought a number of items including a laptop computer, kettle, electric blanket and toaster which had not even been taken out of their wrapping.

The court heard that cash was also drawn down on top of the cheques for goods and that no compensation had been received by any of the companies defrauded.

In total she faced 51 charges of theft and making gain or causing loss by deception.

Judge Paul asked for a probation report in the case and adjourned the case until April 20th.