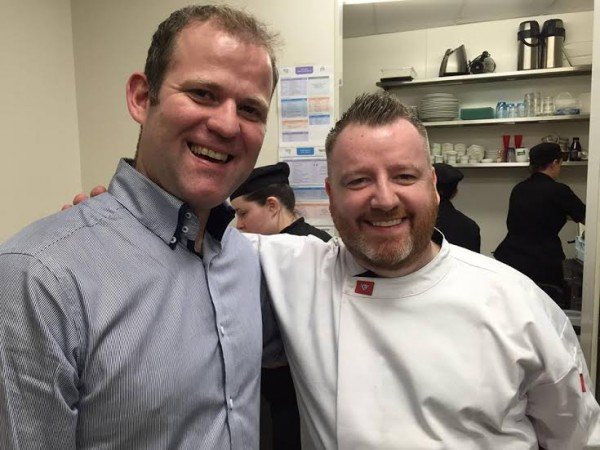 Letterkenny’s newest eatery, Uptown Cafe and XL Shop was a hive of activity at its official launch on Valentine’s Day.

Manus Kelly and Seamus Doherty were joined by family, friends and customers as they cut the ribbon to officially open their new business.

The cafe launched with a family fun day, which attracted strong crowds all day.

Children and adults were entertained with face-painting, balloon modelling, bouncy castles, music and dance performances as well as a visit from Mickey and Minnie Mouse.

Rally enthusiasts were treated to an exhibition of rally cars at the launch and the special guests included 2014 Irish Tarmac Champion Declan Boyle and his Subaru Impreza WRC and 2014 National Modified Rally Champion Declan Gallagher with his white Toyota Starlet.

Donegal Sports Star Team of the Year 2015, Termon ladies also called in to wish Seamus, Manus and the Uptown team all the best for the future.

There were free treats from the Uptown Cafe menu which guests enjoyed throughout the day.

A talented bunch of young dancers, coordinated by Manus’s sister, Kelda Kelly, entertained the crowds with several performances and Manus and Seamus even got in on the act, joining the ladies in a dance off.

An impromptu solo performance by local musician, Maria Mc Cormack, was another highlight of the day.

Maria sang a number of songs, including one that she wrote specifically for Letterkenny’s Church Lane and Cathedral Quarter.

Following the success of the launch, the Uptown Cafe and XL team welcomed TV3’s, The Restaurant chef, Gary O’Hanlon to the cafe on Pancake Tuesday.

The Ramelton native had a lovely morning talking to Uptown Cafe customers and even bumped into his third and fourth class teacher, Mrs. Phil Friel, formerly of St. Mary’s NS Ramelton.

Uptown Café is located on the Justice Walsh Road and is open Monday to Friday from 8am to 6pm and on Saturday’s from 8am to 5pm.