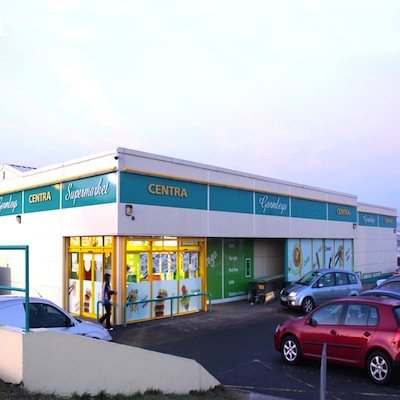 Gormley’s Centra has gone into receivership.

The future of one of Letterkenny’s best-known family supermarkets hangs in the balance.

More than 30 jobs could be lost amidst fears that Gormley’s Centra could close.

The store, owned by John Gormley, has now gone into receivership.

Wholesale supplier Musgrave moved into the store yesterday and removed a considerable volume of stock – mostly from the shop’s off-license.

Local Sinn Fein county councillor Gerry McMonagle said he was hopeful some resolution could be found to save the jobs at the store.

“There is still stock o the shelves and the staff still want to work.

“This store and its owners have been very god employers over the years and I hope people will continue to support it,” he said.

The owner of the store has yet to make any comment on the development.

Mr Gormley and his wife started the business more than 30 years ago in a smaller shop nearby.

During that time he has invested considerable money including the purchase of four houses for more than a reported €1M to allow for the development of a car park for his customers.