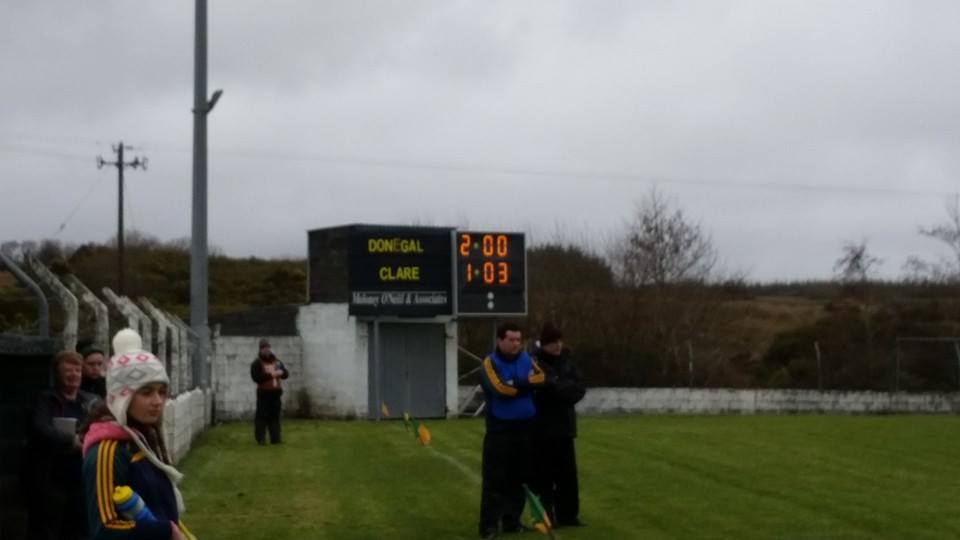 Manager Davy McLaughlin watching his team on the sidelines today

DAVY McLaughlin’s senior ladies footballers had a stunning away victory over Clare in their National League Division 2 clash today.

Preparation is everything in football so the ladies travelled by coach to west Clare yesterday to be ready for throw-in time, with accommodation laid on by a generous donation by a businessman.

In the end Donegal came away from Kilmihil with a 5-12 to 1-03 win, a good deal better off than most pundits would have predicted.

Donegal put four goals past their hosts in the first half, playing into a strong breeze, to leave the scoreline at 4-04 to 1-03 at the break.

And with the wind in the second period they didn’t concede a single point, while adding some class points from distance.

Elsewhere the Minors lost narrowly in a challenge game to Mayo, losing by a single point.