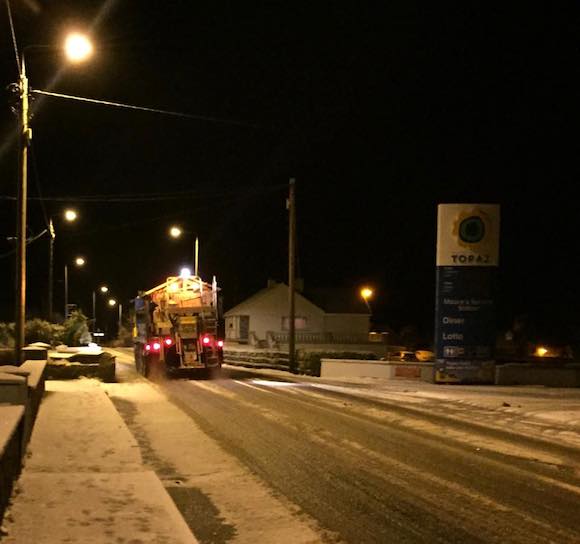 Met Eireann has issued a severe orange wind warning for a number of counties across Ireland tonight including Donegal.

More snow and ice is on the way for Donegal this week.

As well as strong gusts of wind, Donegal and other north-westerly counties are expected to have sleet and snowfalls.

The public has been warned to take extra-care as some of the gusts could reach up to 130kph and may cause damage overnight.

Ferry sailings and flights in and out of Donegal could also be hit with the heavy winds.

These strong winds will coincide with high seas, along Atlantic coasts, which may lead to some coastal flooding.

The falls off snow are likely to take place on Tuesday and Wednesday.

Some of these falls could lead to accumulations on parts of Donegal.

All counties along the Atlantic seaboard including Donegal, Galway, Mayo, Clare, Kerry, Sligo and Limerick have been issued with the status orange wind warning.