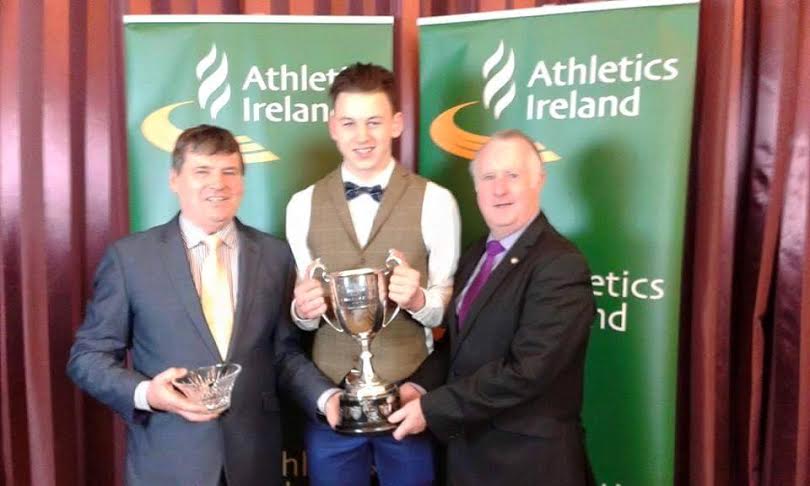 FINN VALLEY AC NAMED THE BEST CLUB IN THE COUNTRY!

A DONEGAL athletics club has been named the best in the country for young people at a special awards ceremony last night.

Athletics Ireland celebrated 2014 in a Tullamore hotel – and Finn Valley Athletics Club was given the top Drifters Cup gong, ahead of famous Cork club Leevale AC.

The award is for the best club with athletes between 12 and 19 both indoor and outdoor and is in recognition of the incredible work done for young people at a club which also hosts the schools athletics competitions.

This award has been won in recent years by Waterford club Ferrybank so it marks great progress from the Stranorlar-based outfit.

“It’s a reward for dedication, coach input and a strong structure and the creation of a positive training environment plus strong leadership,” said Neil Martin who along with Bernie O Callaghan attended the function.

In attendance also was James Kelly who picked up the Donegal young athlete of the year award.

In 2014 James achieved in shot discus and javelin nationally and at year end won the British shot title and further medalled in the javelin.

His older brother John had won this award previously.

In this family rivalry and suppport go hand in hand….from St Johnston and a student at Royal and Prior, he is coached by dad John.