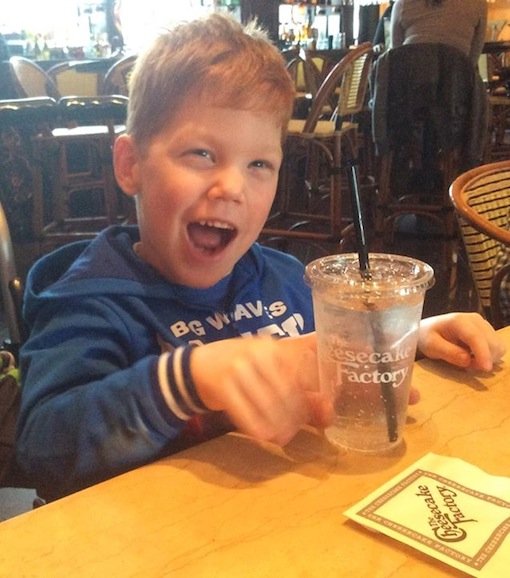 Anne-Marie admits she is spoiling her son Paul a little before his operation today – and why not?

The young Donegal boy who is battling to walk for the very first time is to have his make-or-break operation tonight.

Paul Doherty, 5, will go under the surgeon’s knife at 3pm local time in Missouri, America and 9pm Irish time.

The brave Killygordon lad was born with spastic quadriplegic cerebral palsy which left him in a wheelchair.

The operation is called Selective Dorsal Rhizotomy (SDR) and involves cutting some of the nerves in Paul’s spinal cord that are misfiring the muscles in his leg.

But Paul’s mum had heard of a pioneering surgery, Selective Dorsal Rhizotomy (SDR), which involves cutting some of the nerves in Paul’s spinal cord that are misfiring the muscles in his leg.

Now Anne-Marie Doherty has asked people to pray for her little boy in the hope that the operation is a success and that he will have a chance to walk one day.

The Doherty family, who were supported by the people of Donegal in raising 60,000 euro, yesterday met with Dr Park, the man who will perform Paul’s surgery.

Anne-Marie told Donegal Daily “We were at the children’s hospital today and met with Dr. Park and his team. We got on great and the surgery is scheduled for 3pm local time (9pm at home).

“They are going to perform a slightly bigger procedure than they anticipated but this will help Paul to walk better later.

“Also, Paul might need a second operation in 10 days on his heel cords and hamstrings. It’s not the best situation now but it will be for the best in the future,” she revealed.

At the start of her campaign last year, Anne-Marie told Donegal Daily how she would love nothing more than to see her son walk into school.

DONEGAL PRAYS FOR PAUL AS LITTLE FIGHTER HAS HIS OPERATION TO WALK TODAY was last modified: March 3rd, 2015 by Stephen Maguire