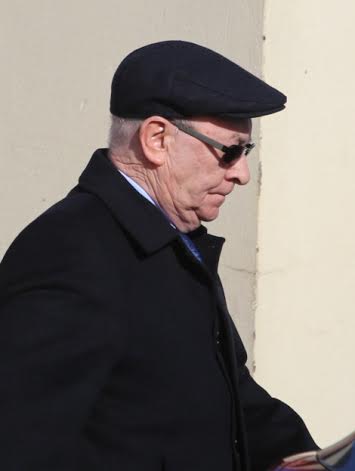 AN Irish dance teacher has been ordered to pay a woman he was accused of sexually assaulting €500 per month as part of a damages claim.

Quigley had faced two criminal trials on indecent assault charges but juries had failed to reach verdicts in both cases.

Quigley has refused to make payments to Ms Doherty and had refused to comply with an earlier order of the District Court to provide details of a Credit Union account held in Derry.

Senior counsel Desmond Murphy, acting for Quigley, attempted to have the case halted before today’s court.

He argued that the Supreme Court judges had not yet issued an written judgement in the case and he said that there may be grounds to appeal their decision to the European Courts.

Until that written judgement was issued, he argued, all other legal cases should be put on hold.

Orla Sharkey, solicitor for Ms Doherty, said however that the Supreme Court decision stood and even if there were grounds for a further appeal, the decision of the High Court for the immediate award of €50,000 of the settlement stood.

She said Ms Doherty had been reluctant to pursue payment through the District Court because of the publicity that would surround it.

Ms Sharkey objected strongly to those comments describing them as “appalling”.

She said Judge Kelly had the jurisdiction to take the case and make an order for payment.

Judge Kelly agreed, saying that whatever the legal situation over the entire settlement “I am satisfied at the very least the applicant (Ms Doherty) is entitled to seek payment of the €50,000.”

The judge said he was making an order for the payment of €500 per month based on evidence he heard from Mr Quigley at the same court last month in which he said his weekly income was €339 from his Derry Journal pension.