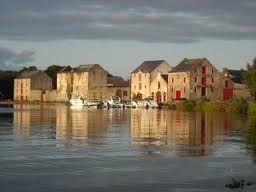 Angry parents and community leaders in Ramelton have called on the authorities to ‘remove’ sex offenders whom they say have been relocated to the area recently.

There is disquiet in Ramelton over the arrival of sex offenders into the town.

The community leaders say the sex offenders are not from Ramelton and should not have been rehoused there.

The Tirconail Tribune reports that parents only learned of the development through ‘third party sources’ and have expressed shock that this was allowed to happen without prior notice or consultation.

A community spokesman said the town is shocked that this has been allowed to happen with over 500 children at school and at play every day of the week.

“We’ve been badly let down by the Gardai and we feel this development places more responsibilities and more risks on parents and their families,” said one source.

Parents say they cannot understand the logic of any authority in locating these offenders to another town or village, some twenty miles from their former residences.

The community has contacted the Tribune to highlight their concerns and say the response from the Gardai has been very poor.

Following these concerns, the newspaper referred the issue to the Garda Press Office and the HSE.

The Gardai said it would not be appropriate for them to discuss details concerning any individuals.

Meanwhile, Tusla, the Child and Family Agency said: “The primary responsibility for the management of convicted sex offenders lies with An Garda Síochána and the Probation Service.”

The also said: “In relation to your query, Tusla is actively involved in the multiagency system to ensure the effective management of risk to the community posed by convicted sex offenders. “

Neither of these agencies would comment on community claims paedophiles have now been relocated to Ramelton without any warning given to concerned parents.

Community leaders said they believe that both the Gardai and the HSE have a duty of care to all communities in these situations and everyone in Ramelton is shocked by this latest turn of events.

A Gardai spokesman said: “In general terms, the obligations of convicted sex offenders are outlined in the Sex Offenders Act 2001. Part 2 of the Act sets out the notification requirements of a person who has obligations under the Act. They must, within seven days, of becoming subject to the notification requirements (e.g. release) notify their name, date of birth and home address to An Garda Síochána. They must notify An Garda Síochána of any change to their name or address within seven days of that change.

There is ongoing communication and liaison between the Divisional Inspectors and the Sex Offenders Management and Intelligence Unit.

The nominated Divisional Inspectors are responsible for managing sex offenders in their respective Divisions and putting in place a plan to manage the risk posed by such offenders. Members of An Garda Síochána located throughout the country have been trained in a risk assessment matrix which is a statistically derived risk classification process intended for individuals convicted of a sex offence.

Tusla said that if anyone has a concern about a child they should contact the local Tusla social work office or An Garda Síochána.  Any child protection or welfare referral made to Tusla is dealt with in accordance with Children First.