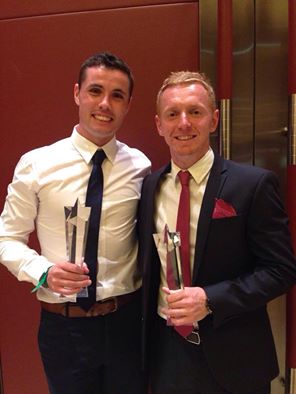 Curran was captain of the Middle East Representative side and Carroll was the figurehead in attack.

However, they were defeated by their colleagues the Middle East B side in an absolutely thrilling final.

The disappointment for the Gaoth Dobhair duo was softened by the fact they were awarded with GAA World All-Stars at a glamorous bash which was held afterwards.

Both Curran and Carroll were selected on the All-Star team which was announced at the glitzy function.

Well done to both lads on a brilliant achievement.