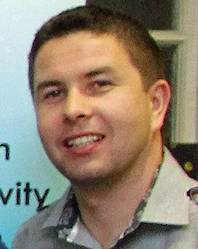 A former school principal from Co Donegal has appeared before a court charged with theft from a government department and the school’s board of management.

Finbarr Boyle who is originally from Ardara.

The charges arise out of a two-year Garda investigation into the thefts of funds allocated to a rural primary school in Co Cavan.

Mr Boyle, of Annalee Manor, Ballyhaise, Co Cavan, but who is originally from Ardara appeared before Cavan District Court where he was remanded on bail to appear again on May 25.

The accused was the principal of Kilnaleck National School in Co Cavan until just under two years ago.

He faces five separate counts of stealing a total of €73,320 from the Department of Social Protection between November 9, 2009 and February 3, 2011.

Mr Boyle is also charged with two counts of forgery, namely making a false invoice for food in the name of Sharpmount Limited, Moynehall, Co Cavan, and making a false Ulster Bank cheque.

He said Mr Boyle made no reply when the charges were put to him.