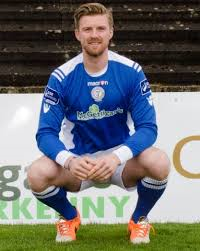 Finn Harps have exited the EA Sports Cup at the first hurdle after being defeated by Premier Division new-boys Galway United.

However, Ollie Horgan’s side gave Galway United a fright in the second-half after finding themselves 2-0 down at half-time.

Goals from Gary Shanahan and Paraic Cunningham put Tommy Dunne’s side in a commanding position at half-time.

Former Wolves and Derry City winger Brian McGroary pulled one back for Harps early in the second-half and Harps took control of the game.

It looked as if it was only a matter of time before Harps equalized but then they were hit with a sucker-punch.

Galway got the decisive goal Jake Keegan converted a penalty on 66 minutes.

However, a dogged and spirited Harps side refused to back down and a goal from Keith Cowan brought them right back into the contest with fifteen minutes to go.

Harps pressed hard for an equalizer that would send the game into extra-time but their attempts proved fruitless and for the second season running exited the EA Sports Cup to Galway United at Eamon Deacy Park.