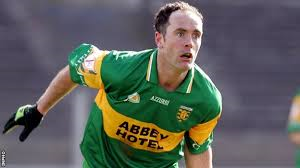 Former Donegal star and selector Damien Diver has accused Kerry of cynicism in the All-Ireland final between the two counties last September.

Former Donegal GAA star and selector Damien Diver has accused Kerry of engaging in the darker arts of the game in last year’s All-Ireland Final.

Diver also pointed out that Michael Murphy came in for special attention from the Kerry players and believes the Donegal captain doesn’t get the protection he deserves.

Rory Gallagher takes his Donegal side to Kerry this weekend in a crucial Allianz National League encounter.

The game a repeat of last year’s All-Ireland is sure to be a fiery affair and Diver’s comments will only add more fuel to it.

Diver told the Irish Examiner, “There was a lot of off-the-ball stuff that wasn’t seen.

“Michael doesn’t get a fair crack of the whip as far as referees are concerned just because he’s a big man. A free is a free no matter how big or small the player is.

“I would say having been beaten by Tyrone a lot down through the years and Armagh didn’t help things and they (Kerry) changed their style and probably got more cynical that way.

“Some of their tackling in the All-Ireland final was very cynical, like holding on a lot and stopping runners. They learned all of that through time.

Diver said, “At no stage does a Donegal team go out to individualise players and take them out. The record of Donegal and their yellow, black and red cards speaks for itself.

“Their discipline is unbelievable, that is what we have been preached and preached ourselves. Tackle the ball and nobody will get sent off.