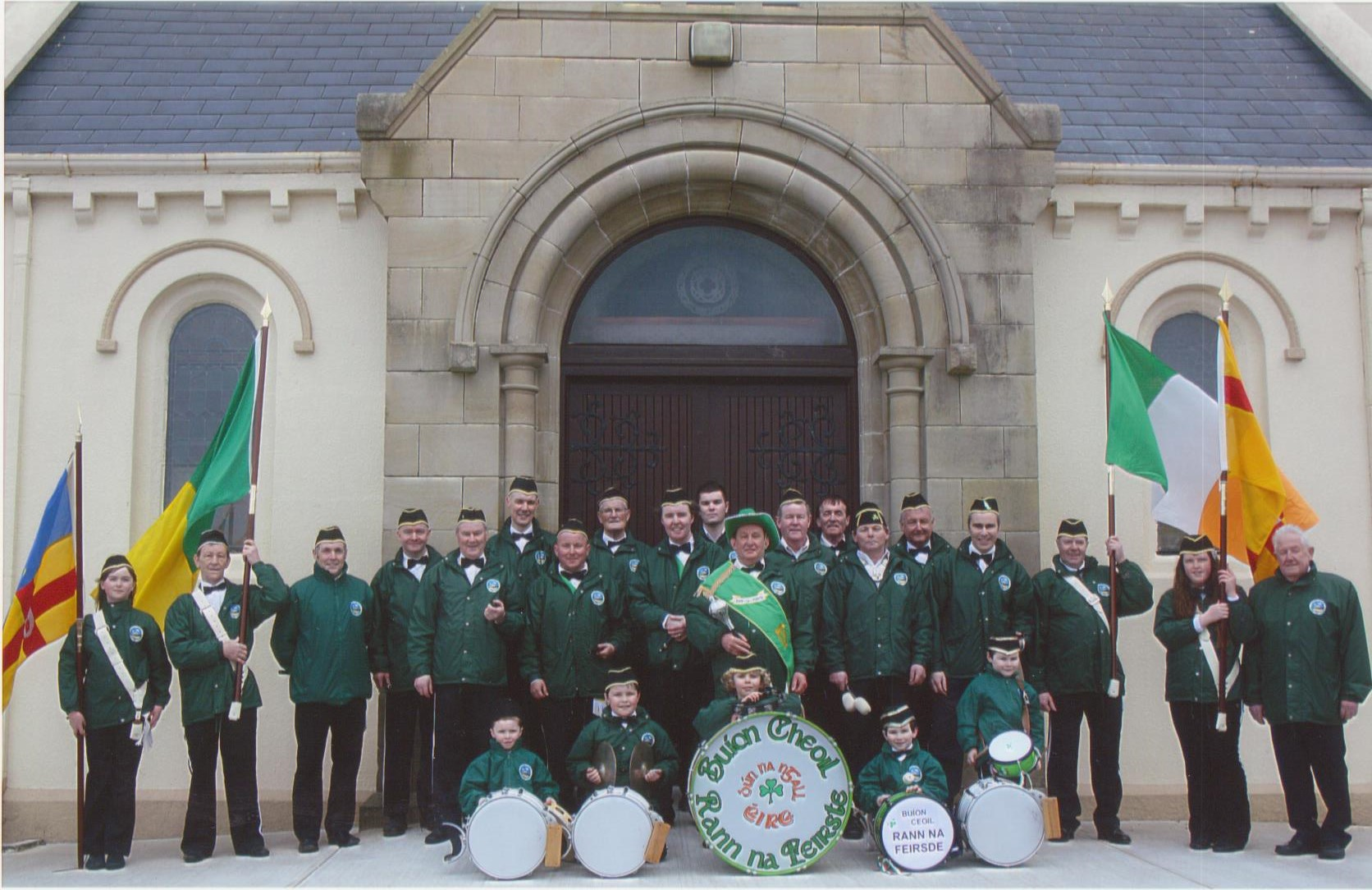 Buíon Ceoil Rann Na Feirsde are descending on the city of London this weekend for the annual St Patricks day festivities there.

The band have previously represented the county through the Donegal Assosiation in New York, New Jersey, Manchester and Leeds.

The band will return on Monday just in time for St Patrick day events in Annagry and Gweedore.

While staying in Cricklewood they will gather in McGoverns tavern early on Saturday evening for some music and dance.

The Parade on Sunday 15 and which attracts up to a 150,000 will commence in Green Park Station at 12 noon where the flamboyant line-up will thread its way up Piccadilly, along Lower Regent, the Mall, rounding Trafalgar Square and finishing up in Whitehall.

Events will take place in Trafalgar square where The Commitments the Musical, Lord of the Dance amongst others will entertain while a St Patricks day dance will take place at Westminster Cathedral.

I’m sure a few from Ranafast and surrounding areas will be spotted in the same Crown this weekend.