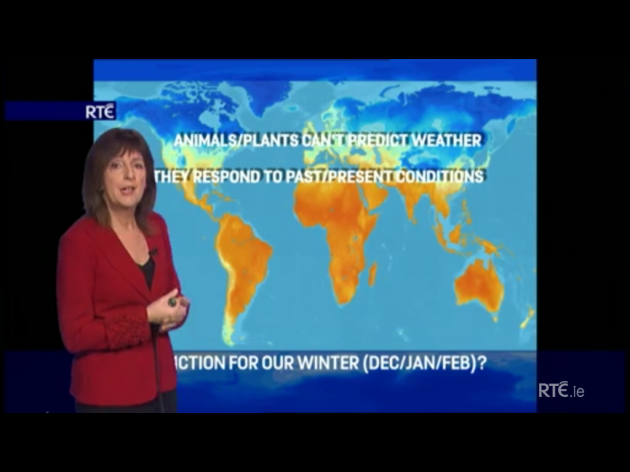 The RTE and Met Eireann forecaster didn’t name the Glenfinn man in her weather report.

But she made the point that despite reports, next Tuesday is going to be dry and sunny for most of the country – and around 10C.

Only the Midlands will see some drizzle – but there definitely won’t be snow!

Last week Mr Gallagher had said St Patrick could be wearing a white coat this year with the cold weather he was predicting.

Ms Cusack has never named the post man in her weather reports but last year she might as well have done.

Over several evenings she repeatedly began her reports saying that long term forecasts are impossible, giving thinly-veiled jabs at those who claim to be able to do so.

Her main beef was with those who say animals and plants can predict the weather – Mr Gallagher claims to be one of them.