LYIT UNVEIL THEIR ‘MODEL’ STUDENTS AS THEY RAISE €1,200 FOR CHARITY

A collaboration of both the Gaisce Society and the LGBT Society in LYIT brought an evening of fashion, entitled ‘This is Me’, to the 140 audience in attendance in the Radisson Blu Hotel in Letterkenny. 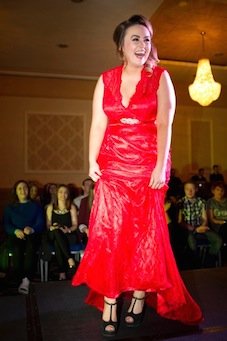 The lady in red – Ciara Murphy on the catwalk.

The models themselves were selected from the ranks of the student Clubs and Societies membership in LYIT, with Katy Murphy, Jessica Martin, Ciara Walsh, Aoife McGrory, Olaide Anjorin and Isobel Keenan turning heads with an array of gear providing splendor at every twist on the catwalk. 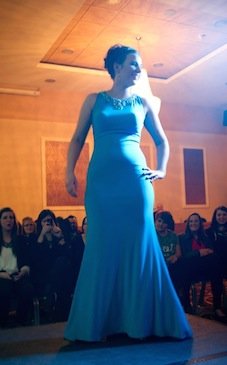 The programme was organized and choreographed by Fiona Kelly, Student Administrator and Paddy Gallagher, Sports Officer, providing the event lighting.

Student Union Officers, Tanya Russell and Frank Donnelly both were on hand to model some of the wardrobe selected by the retail outlets exhibiting, and the soundtracks were delivered courtesy of Chris McDyre, Ents Officer, now considered to be an ‘old pro’ in the area. 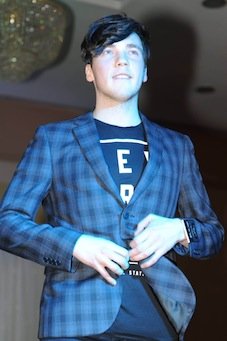 Ian Smyth is looking the part in this dapper blazer.