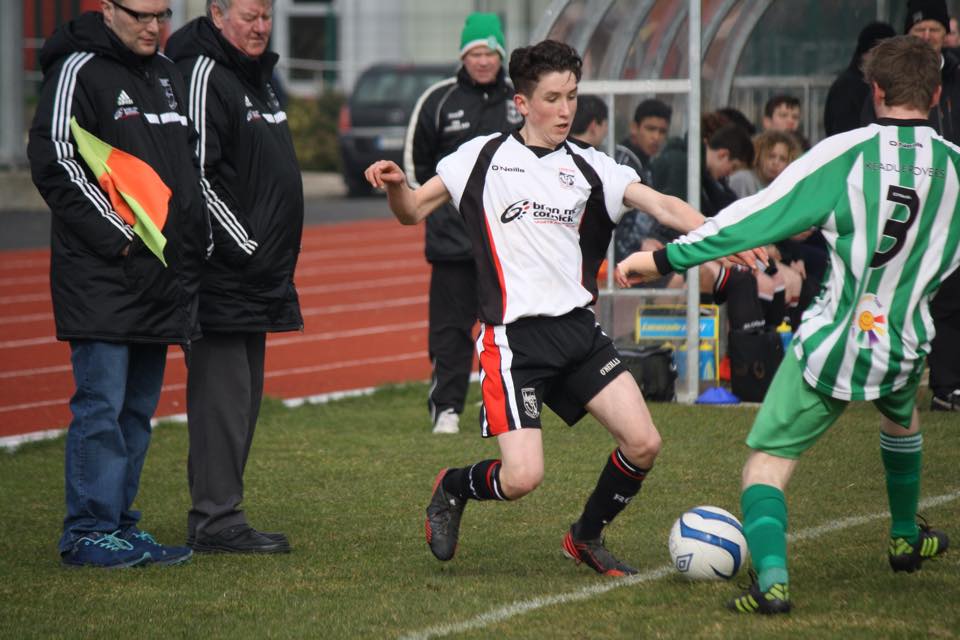 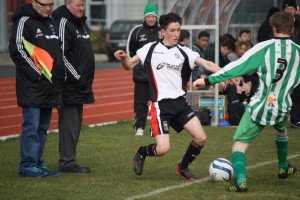 Action between Letterkenny Rovers and Keadue at the AURA earlier this afternoon. Picture by Stephen Doherty.

Letterkenny Rovers have won the Donegal Youth League for the FOURTH year in-a-row following a 2-0 victory over Keadue Rovers this afternoon.

Goals from Eoin Slevin and Igor Arriel ensured that Rovers would be crowned champions after a tough encounter with Keadue Rovers.

The game was played at the AURA and Rovers got off to a dream start when Slevin fired them ahead after seven minutes.

Keadue delivered a determined and spirited display and pressed hard to get back in the match.

They were unlucky not to draw level, but when substitute Igor Arriel scored with fifteen minutes to go there was no way back for Brendan Boyle’s side.

Letterkenny Rovers have gone the entire season unbeaten and have shown remarkable consistency and attitude throughout the campaign.

They are deserving league champions and we congratulate all the players and staff at the club on another brilliant achievement.