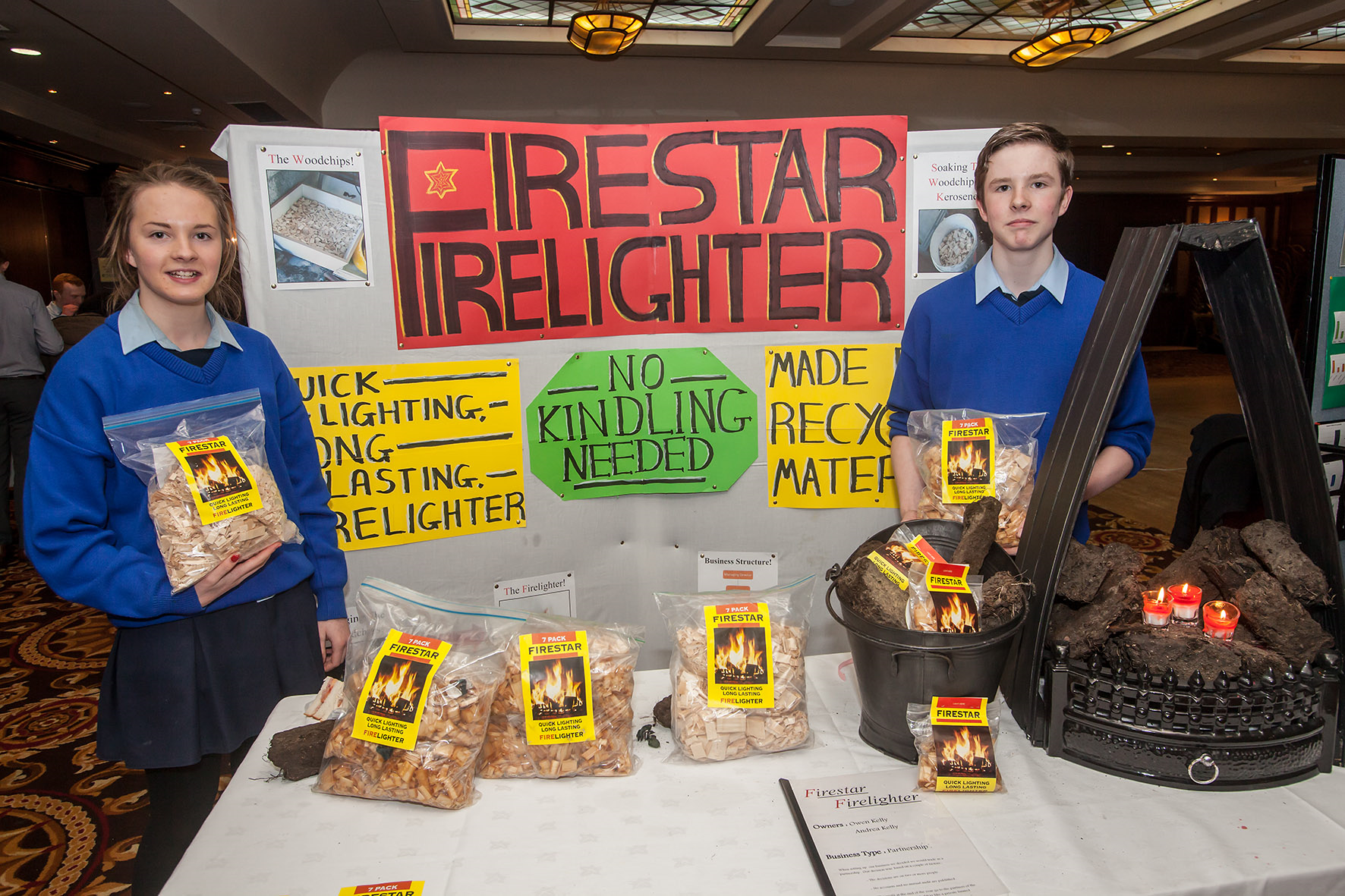 The brother and sister team of Andrea and Owen Kelly are Firestar Firelighters and will represent Scoil Mhuire in Buncrana at this years national finals of the Student Enterprise Awards in Dublin on 22 April.

Excitement is building for student entrepreneurs from Donegal, who are preparing to represent the county at the Student Enterprise Awards National Final in Croke Park on April 22nd.

Co-ordinated by the Local Enterprise Office Donegal, the competition is the most successful programme of its kind in the country. An Taoiseach, Mr. Enda Kenny T.D., launched the programme in September last year and since then, around 17,000 budding entrepreneurs from 380 secondary schools across the country have been running their own enterprises, with help from their teachers and Local Enterprise Offices.

The student enterprises representing Donegal at the National Finals on April 22nd in Croke Park are:

Intermediate Category: Firestar Firelighters representing Scoil Mhuire in Buncrana. The brother and sister team of Andrea and Owen Kelly made firelighters soaking pieces of wood in kerosene. The teacher in charge is Ms Martina McBride.

Over 300 finalists from all over the country will set-up enterprise exhibition displays before taking part in a series of judging interviews. The judging panels will takes numerous factors into account, such as business reporting, innovation, market research, risk management and finances.

As well as gaining substantial business experience, there is an impressive prize-fund on offer for the young entrepreneurs, including a European trip, a national trophy and cash prizes.