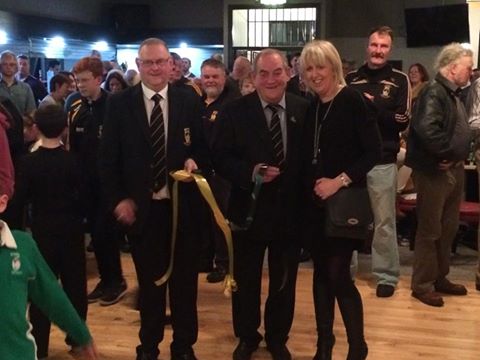 A huge crowd was on hand throughout the day as the club hosted a cultural event to mark the relaunch of their famous clubhouse.

It was fitting that Adrian was the man to cut the tape at the official opening given the amount of time he so willingly gives for his club.

The club would like to sincerely thank the organisers, those who performed on the evening and everyone who turned out to make it a hugely successful occasion.