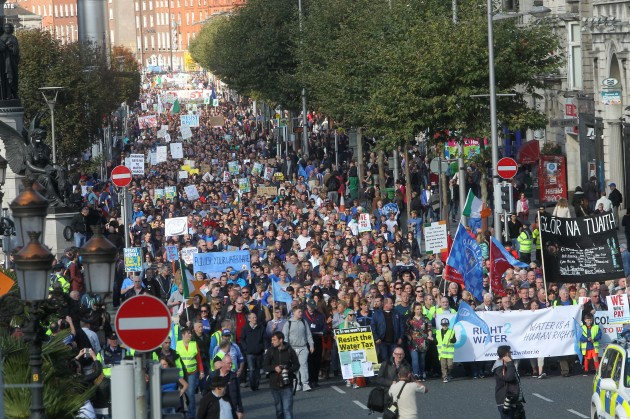 PEOPLE OF DONEGAL HAVE DONE THEMSELVES PROUD WITH WATER PROTESTS – MURRAY

The protest in Dublin

Sinn Fein Cllr Jack Murray has commended the hundreds of Donegal people who travelled to Dublin to join the national demonstration against water charges.

‘The people of Donegal have again done themselves proud by being hugely represented in the anti-austerity demonstration in Dublin.

‘Hundreds of people representing every corner of our county joined up to 80,000 protesters in another extraordinary anti-water charges demonstration in Dublin.

‘There can be no doubt that the will is there to see this campaign to its successful conclusion. The momentum is continuing at full strength.

‘Water charges must be abolished. The people have made it very clear. The government cannot spin this in their favour.

‘Enough is enough and we will take no more.’