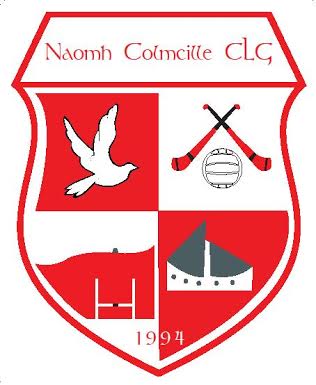 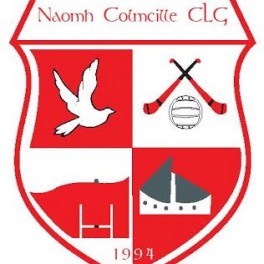 Ryan McErlean opened the scoring for the hosts in the first minute, but the visitors equalised a few minutes later. Thomas McKinley put Naomh Colmcille back in front, before Naomh Brid struck for the game’s first goal to edge two points in front. A long ball from Ryan McErlean was collected well by Stephen Gallagher and resulted in an attacking free which Joe Donaghy converted to reduce the deficit to the minimum. Naomh Brid added on the next two points, but these were cancelled out through scores from Joe Donaghey and Thomas McKinley. Good play from Mark Dowds and Ciaran Devine provided the opportunity for Daniel Clarke to fire a low shot to the net to put Naomh Colmcille two points up as half time approached. The visitors added a point in first half stoppage time to leave the hosts with the minimum advantage at the short whistle, 1-5 to 1-4.

Naomh Colmcille got a great start to the second half. Eddie Gillespie broke up a Naomh Brid attack, the ball found it’s way to Daniel Clarke, and though his shot was blocked, Joe Donaghey finished to the net. Frees were then exchanged, Joe Donaghey converting for Naomh Colmcille. Naomh Brid got their second goal in the 11th minute to again leave just a point between the teams, 2-6 to 2-5. At this point both teams were reduced to 14 men for double yellow card offences. Naomh Brid got in for another goal very soon after to edge 2 points in front midway through the half.Another pointed free from Joe Donaghey was cancelled out by a point for the visitors. A point from play from Joe Donaghey after good work from Ciaran Devine was followed up with a pointed free and a point from play for Naomh Brid to leave the visitors with a goal advantage at the end of regulation time in the second half. The hosts pressed for an equaliser and looked to have secured a share of the spoils when Gerard Curran applied the finish to find the net in stoppage time. However the visitors regained the lead immediately and followed this up in the last minute of stoppage time to have a two point advantage at the full time whistle. Final score Naomh Colmcille 3-8 3-10 Naomh Brid.

The reserves drew with Naomh Brid at Pairc Colmcille on Sunday. The home side led 1-2 to 0-2 at half time after playing against the wind in the first half. Naomh Brid got a goal late in the second half to lead as the match drew to a close, but Naomh Colmcille got an equalising point to leave the full time score Naomh Colmcille 1-5 1-5 Naomh Brid.

The U16s lost out to St. Eunans B in their first league match at O’Donnell Park on Sunday,

Time is running out to get club registration sorted. If you think you’ll be looking for Donegal tickets for the Championship you’ll need to become a member. Registrations are now open to all senior players (€50), junior players (€10), adult members (€25) and families (€50). Contact Mark Ferry (087 9154559).

Friday evening saw another fantastic turnout at the third session of Football for Fun. It continues (weather permitting) next Friday (27th) from 6 to 7 pm. All boys and girls aged 8 and under are welcome. €2 per session. Please ensure the kids are dressed appropriately for the weather. Please see Facebook page for latest updates.

The Last Person Standing competition has now ended after the eighth week. Both remaining entries lost their second lives this week so the prize is shared between David O’Brien and Charles Clarke. Well done lads. See website for latest updates.

The club will be holding a Come Dine with Me event on Saturday April 11th. Contact Alison Ferry (0879154559) if you’re interested in hosting. There will be a social night at the clubhouse to round off the event.

Naomh Colmcille CLG’s child welfare officer for 2015 is Breda Friel. If you or child have any issues through out year with coaches or bullying or other child issues please feel free to contact Breda on 0876393503 and she will try and address the issue. Everyone involved in coaching or helping out at underage level needs to have completed the child protection/awareness course. If you have not completed this course previously, please contact Breda ASAP to get numbers for a course in the coming weeks.

The club is again registered for the Sainsbury’s Active Kids scheme so please start collecting the vouchers on behalf of the club.

Well done to Willie Gillespie, Daniel Clarke and their Donegal U21 team-mates on the fantastic win over Cavan in the Ulster Championship on Wednesday.

U12s. Training next Saturday (28th) at 2:00 pm. Bring boots and runners and appropriate gear for the weather. Check the Facebook page for latest update.

This week’s numbers Will be included in next week’s notes.

Naomh Colmcille CLG are in need of more lotto sellers. The lotto is the bread and butter of our club. If you don’t drive we can set up on a team with a driver. Please contact Breda Friel (0876393503) if anyone is willing to help. Thanks.