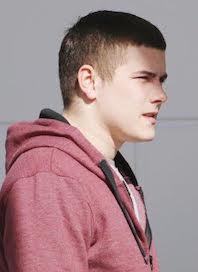 A man pulled up the handbrake of a taxi and threatened to rip out the car’s meter after he thought the driver was taking him to the local Garda station.

Stephen Harper appeared before Letterkenny District Court to face a number of charges.

Harper, of Ard Mhullean, Convoy, got a taxi on July 9th last.

Once he was in the car he told driver Patrick McDaid that he only had €20 but was told the fare would cost about €25 or €26.

Garda Inspector Michael Harrison said the driver gave evidence that he didn’t know what was going to happen as Harper was grabbing his phone from him and also had a bottle of vodka in the car.

Harper, 21, eventually pulled the handbrake of the car and ran off without paying the fare.

Mr McDaid said the car came to a screeching halt and had been travelling at about 30 mph.

Harper’s solicitor, Mr Kieran Dillon, said his client suffered from ADHD, and had a difficult relationship with his father and the pair had fallen out that day.

He said he was very apologetic to the taxi-driver and had posted him the €20 fare which he had not paid.

The court heard that Harper had some previous convictions for theft, public order and failing to comply with Gardai.

Judge Paul Kelly sentenced Harper to two months in jail but suspended it for 12 months for using threatening and abusive behaviour and 40 hours community service for making off without paying the fare.

He took other charges into consideration.

And he warned Harper “It’s in your hands to stay out of jail.”