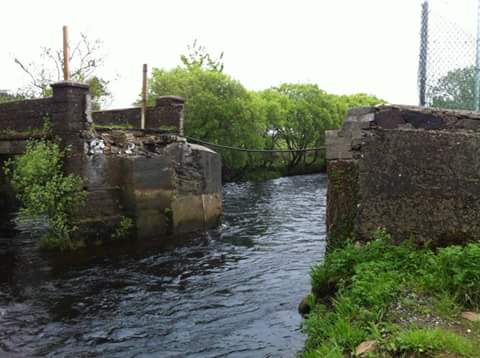 GLENTIES TO GET REPLACEMENT BRIDGE

Fine Gael TD for Donegal, Dinny McGinley, has welcomed the allocation of almost €700,000 in funding by the Minister for Transport, Paschal Donohoe, for the restoration of Multiniboyle Bridge outside Glenties.

“Multiniboyle Bridge outside Glenties collapsed into the river five years ago as it could no longer handle the volume of traffic is had to carry. The loss of this bridge has been a huge inconvenience to local people, businesses and farmers in the area,” he said.

“With Multiniboyle Bridge out of action, motorists have been left with no choice but to take a diversion of over 15km around Glenties.

“In February of this year I invited Minister Donohoe to Donegal and when he was here I took him to the bridge to highlight the need for urgent funding.

“Minister Donohoe acknowledged the problems caused by the collapse of the bridge and assured me that he would do everything in his power to deal with the issue as quickly as possible.

“I look forward to the seeing works get underway in the very near future and to seeing Multiniboyle Bridge back in use before too long.”

GLENTIES TO GET REPLACEMENT BRIDGE was last modified: March 30th, 2015 by John2