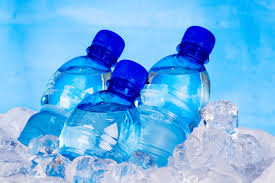 UPROAR AS COUNCILLORS THREATEN BOYCOTT OVER BOTTLED WATER FROM SCOTLAND

Donegal County Council is at the centre of a bizarre stand-off after councillors refused to drink bottled water at meetings – because it’s made in Scotland.

Councillors are demanding to know how much has been spent on bottled water from Scotland.

It comes just a day after a public opinion was divided after an Irish-language translator was drafted in for meetings at County House in Lifford.

At least six councillors are believed to be threatening to boycott the council unless water from an Irish company is used instead.

Inishowen councillor Phillip Maglass said importing water from Scotland was the last straw for him.

“It’s bad enough that the issue of Irish Water has divided the chamber but using bottled water brought in from Scotland is just ridiculous.

“I can’t understand why we just can’t have tap water anyway – it’s perfectly healthy and we’re paying for it.

“I want to know who sanctioned this and how much money has been spent on it,” he said.

It is understood the water was chosen because it is sourced from the Scottish Highlands and believed to be the purest in Europe.

Donegal Daily understands the contract for the Scottish bottled water, which could run into tens of thousands of euro, was signed off exactly a year ago – on April 1st, 2014.

A spokesman for the council said they will make a comment on the matter later TODAY.