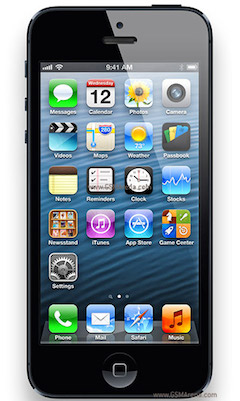 Nick was charged when he used the FaceTime and iMessage apps

A DONEGAL student has called on customers of O2/Three to demand refunds after discovering he was being charged for making ‘free’ calls on his iPhone using FaceTime.

Nick O’Brien, a law student at Letterkenny IT, told Donegal Daily he was ‘delighted’ with a ruling at the District Court in Letterkenny yesterday when he won his case.

He also won two other cases against O2 – now owned by Three – after the sold him a second hand phone through their website claiming it was new and they deducted €25 from his pay-as-you-go account when he went abroad…even though he didn’t use the phone.

Mr O’Brien says hundreds of other O2 customers who were also wrongly charged should take legal action to get their money back “as a matter of principle”.

A company customer care manager told the District Court that anyone using an iPhone and using FaceTime or iMessage for the first time – even if it is using wifi – could be charged 25c.

It appears on bills as a text to a UK mobile number as the Apple server is in the UK.

However in Mr O’Brien’s case he was charged up to 90 times last year for making calls or sending iMessages which Apple say should be free.

Yesterday Judge Paul Kelly said O’Brien and O2/Three should have settled the case out of court.

Mr O’Brien says he turned down a €800 out of court offer yesterday so he could highlight the issue in court and help other consumers.

Judge Kelly agreed with his case and awarded Mr O’Brien a total of €422.49 in damages and a further €250 towards his costs.

The student was given €67.50 in compensation for the recurring 25c charges for using FaceTime and iMessage.

He was also awarded €79.99 for being flogged a pre-used mobile phone which had been sold to him as new but had been used on a network in the UK three months earlier.

He was also given back €25 deducted from his credit when O2 said he had changed his plan – when he said he hadn’t.

He was given €250 in general damages for the inconvenience of having to change mobile networks after he left O2.

Mr O’Brien said afterwards: “I am delighted with the outcome; this was never about the money, it was about O2 and their shoddy practices and their general attitude towards me over the past nine months.

“I know the judge, rightly, said this could have been settled out of court and I would have been better off if I had done so, but this was not about that – this was about highlighting charges people should not have been given. I would urge customers to closely check their bills.

“The joke of course is that if you register for FaceTime on an iPod, iPad or a iPhone without a sim card you don’t get charged at all.

“Neither Apple nor O2 – now trading as Three – have ever explained this.”