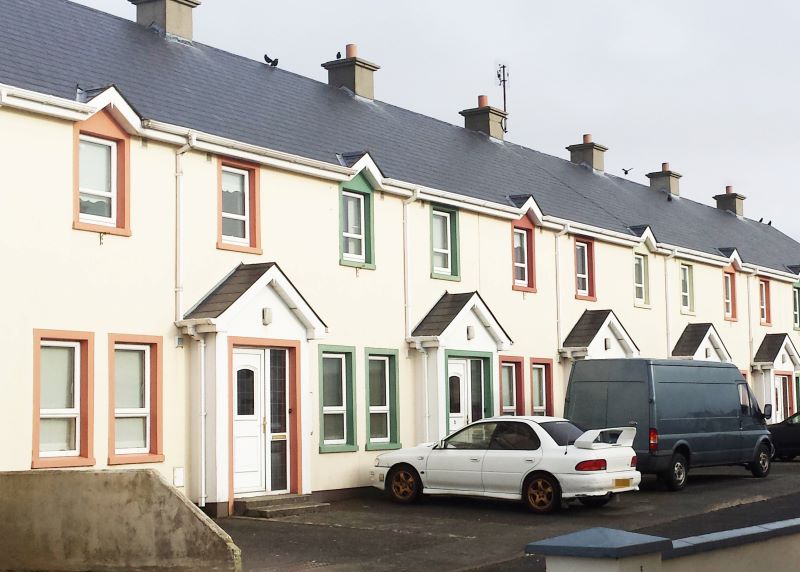 An entire Co Donegal street of seven houses has been put up for sale for just €175,000.

The street in Falcarragh contains the row of three bedroom houses which will be auctioned on April 21st next.

Five of the houses are currently occupied and bring in a combined rent of more than €21,000 each year.

The houses, numbers 1-7 at Waves of Tory, are just a number of properties in Donegal to be offered for sale at the Allsop auction in Dublin.

Another entire apartment block of eight units in the heart of Letterkenny has an asking price of just €200,000.

The Court Apartment block in Letterkenny has a guide price of €200,000.

The block at Court Apartments is located directly opposite the local courthouse.

The block has eight different apartments with just two being occupied at present bringing in a rental value at present of just over €10,000.

Other properties in Co Donegal to be sold at the auction includes a house in Meadowbank, Letterkenny.