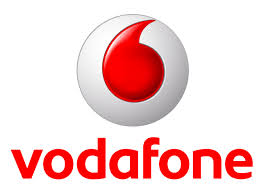 TELECOMS company Vodafone has been accused of ‘hoodwinking’ customers as its broadband service to Donegal has deteriorated.

Complaints from readers follows anger amongst the company’s mobile phone customers in west Donegal where service has been very poor recently.

Now it seems Vodafone At Home customers are facing ‘joke’ experiences over its ‘completely inept’ broadband.

One reader said he was told by customer service that his broadband could download and upload up to 10Mb.

But when he used the company’s own speed check it was less than 1Mb on download and “almost zero” when it came to uploading.

One businessman said he could no longer work from home because of the worsening broadband coverage.

“Vodafone Broadband was always very poor in Donegal but it seems to have got worse and worse over the past year to the stage where it is just crawling along,” he said.

“I wanted to download software for my work and the computer was telling me it would take 16 hours and 45 minutes,” he said.

“I went into a local hotel and was able to download it there in just 12 minutes. It’s chronic and all I ever get when I complain is a pack of lies.”