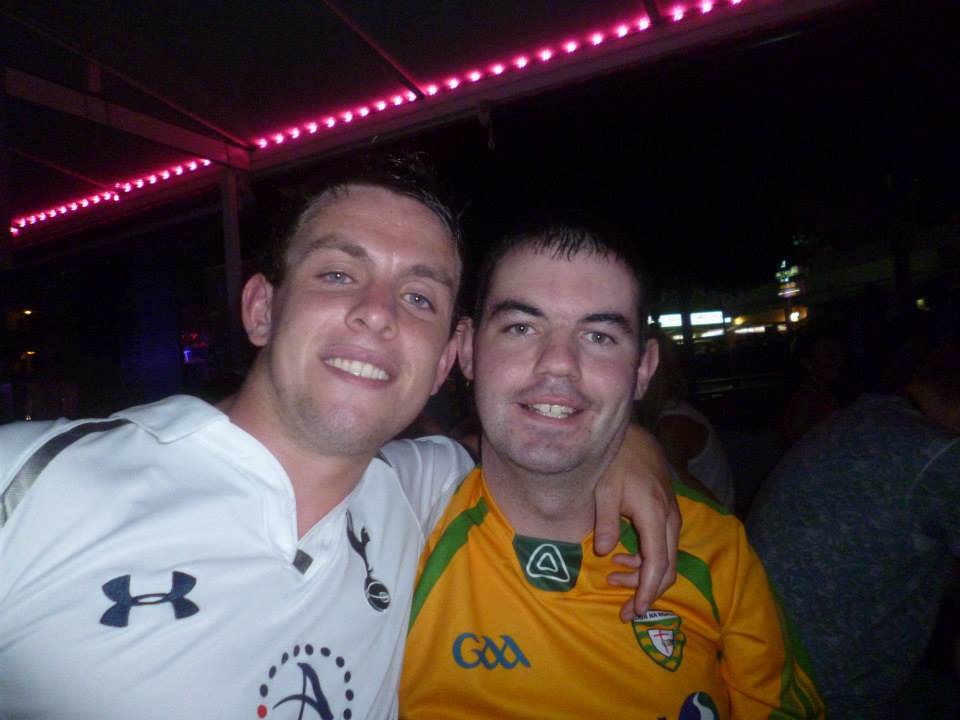 Cappry Rovers are expected to relieve Ross Doherty (pictured here in a Donegal GAA jersey) of his club duties after he was found guilty of jumping on the GAA bandwagon in 2012.

The winner of the €50 lucky ticket was Nadine McCready, Roadhouse.

It’s with regret that i have to report that we had to forfeit the cup semi-final on Saturday due to the fact that only 7 players turned up. Going forward we would hope that our players would commit for the rest of the season and give another push as we are in another semi-final this weekend against Gweedore.

Our U14’s have extended their lead at the top of the table to 7 points having played a game more than Raphoe Town who are in 2nd place.

They recorded a comprehensive 6-0 victory over Convoy Arsenal this evening in Cappry Park.

Our Crusaders travelled to Bonagee on Saturday evening to take them on in the cup.

After the game finishing scoreless it went to the dreaded penalties to find out which team would progress to the semi-finals, unfortunately Cappry were on the wrong side of a 6-5 scoreline.

The Colts welcomed the league champions on Saturday morning last in the 1st round of the cup. The Colts put up a brave show at home even without four or five regulars. The 1st half brought little in the way of chances with both teams trying to create openings. The 2nd half started a bit brighter and 15 minutes in Letterkenny took the lead. Cappry tried hard for an equaliser but to no avail. We would like to thank Letterkenny for a sporting contest, the match referee and our young Colts who never gave up. Special mention for Darragh Carroll,Sean Ryan and Charlie Griffin.

CAPPRY ROVERS NITE AT THE RACES

Our Annual “Nite at the Races” took place on Saturday night in the Roadhouse Bar.

We would like to thank all the businesses who sponsored the races, all the buyers and sellers of the horses, John ‘Dory’ Duffy who was an excellent MC on the night, the Roadhouse bar who were prefect hosts as always, Agnes for the lovely food and Conor and Nadine for keeping the beer flowing and keeping the punters happy.

A great night was had by all.

Thank you for your continued support of our club, YOUR CLUB.

All at Cappry Rovers would like to express our sympathies to the family and friends of the late Kay Houston who was laid to rest on Sunday. May she rest in peace.

DATE FOR THE CALENDER