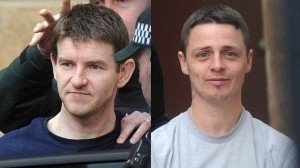 THE North’s Police Service is in the dock today over revelations an undercover officer crossed the border into Donegal to follow dissident republican suspects without apparent permission from Gardai.

The cross-border incursion emerged after the officer refused to give evidence against McDaid for possession of the mortars in March 2013 unless a court granted him anonymity.

After the order was not granted, the prosecution decided to drop the mortar bomb charges and instead McDaid pleaded guilty to the offence of smuggling cigarettes and was fined £300 on Tuesday in what the judge described as a bizarre and saying it had reached a “novel conclusion”.

His solicitor Ciaran Shiels has written to the Departments of Justice and Foreign Affairs in Dublin to raise concerns about the unlawful PSNI incursion.

Mr Shiels said today: “Given the nature of the operation in which the police were involved, it seems reasonable to assume that all PSNI officers would have been armed, although none of them refer to it in any of their statements.

“I have therefore raised the offices of Justice and Foreign Affairs in Dublin whether any consents were given to allow the PSNI to operate in Donegal at this time.

“And if no consents were provided, what the southern authorities intend to do about the matter. It should be investigated.

Oscar 401 – a cipher given by prosecutors to protect his covert cover being blown – was one of a number from the PSNI’s Surveillance Unit deployed in March 2013.

It followed an intelligence tip-off from an informant that dissident republicans were moving a bomb-laden Citroen Berlingo van from Donegal into Derry to target a police station.

When the van was rammed by covert cops, officers found that a hole had been cut in the roof of the van and four primed mortars were in a state of readiness to be launched on the police station in Derry’s Strand Road.

McLaughlin, the driver of the van, was given a 12 year prison sentence last November after pleading guilty to possessing the deadly mortars with intent to endanger life.

McDaid, who drove a mortar bike ‘in convoy’ behind the van along the Letterkenny Road from Donegal into Derry, denied any involvement in the planned attack.

He maintained that he always believed McLaughlin was smuggling cigarettes across the border.

His solicitor says that Irish and British authorities have refused to reveal details of any cross border incursion or security operation, including whether An Garda Siochana or MI5 were involved in assisting in a surveillance operation.

The cross border incursion by British police has also been raised with the office of the Police Ombudsman in the North.

A spokesman said today: “We are currently considering the case.”

It is likely the illegal incursion will be raised in the Dail in the coming weeks by local TDs.

CALLS FOR PROBE OVER PSNI INCURSION INTO DONEGAL OVER MORTAR BOMB SUSPECTS was last modified: April 15th, 2015 by John2