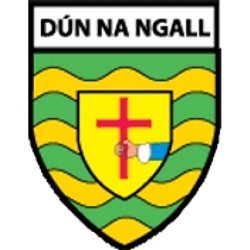 A DERRY man who illegally opened his Letterkenny-based bookmakers shop on Easter Sunday has been ordered to pay cash to the Donegal Ladies U-14 football team.

His solicitor Ciaran McLaughlin said the 74-year-old had no previous convictions and new legislation introduced in January past now allows betting on Easter Sundays at bookies.

“Unfortunately my client jumped the flag on this one,” said Mr McLaughlin (a Buncrana man and Donegal fan).

He pointed out that the maximum fine under 1931 legislation was 50 punts (or €60) and his client would be glad to make a charitable donation to avoid a conviction.

“I’m told there is a horse running later today at Cheltenham called Girly Girl and perhaps a wager on that could help a charity. It’s 5/1,” said Mr McLaughlin.

The judge asked if Mr McBride would be willing to make a €100 donation to the Donegal U14 football team instead of recording a conviction.

The bookmaker replied: “I’d be delighted to.”

(Girly Girl finished 3rd in the 5.30pm race at Cheltenham. Those in court who took a note of the horse’s name may well be out of pocket).