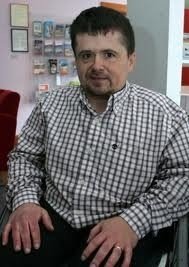 A local disability campaigner says he is horrified after horrific content poking fun at people who have disabilities was posted on a local Facebook page.

Letterkenny Buy and Sell is a popular page which people use as a medium to interact on to sell and purchase a wide range of products and items.

Thousands regularly browse the page to look for bargains, but recently users have been left shocked and disgusted after the page was hijacked by trolls.

The trolls have bombarded the page with extremely offensive material which included a post in which they have advertised a spina bifida doll for sale.

The organisers of the page have now ben forced to set up a new Letterkenny Buy and Sell page.

They posted the image of a doll for sale with the following caption.

“Spina bifida doll for sale, realistic in every way. Treat her like a real retard. $20 new.”

That post is just one of a series of vile and absolutely repulsive posts that have been uploaded onto the page in recent days.

We have refused to reproduce the horrific pictures posted on the site.

Donegal disability campaigner Frank Larkin has been left horrified about the content on the page and Frank sent a complaint to Facebook regarding the issue.

However, unbelievably Facebook deemed it not offensive which left Frank absolutely flabbergasted.

Frank told Donegal Daily, “I’m totally horrified by the content that has been posted on this page, it’s absolutely outrageous and it’s deeply offensive.

“I contacted Facebook immediately to make them aware of the situation that arose on the page and obviously was expecting them to do something about it.

“So you can imagine why I was left stunned when I received a response from Facebook moderators who deemed it not offensive.

A NEW Letterekenny Buy and Sell page has been set-up and you have to add it in order to be accepted and it now has a moderator which is weeding out and eliminating TROLLS to avoid a repeat of what is happening with the current page.

TROLLS have continued to post on the old page and the latest contribution could be the most offensive and disgusting so far.

They’ve advertised a white bucket for sale for €5, beside the bucket is an aborted foetus.

People are being advised to be wary of friend requests from fake profiles on Facebook because TROLLS are doing it on order to get the private details of users.

Mr Larkin is now considering contacting the Gardai about the matter.