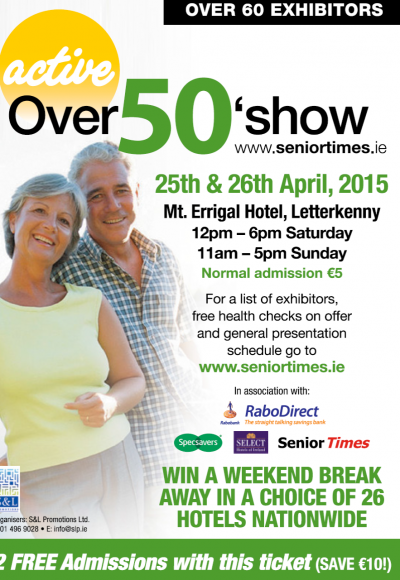 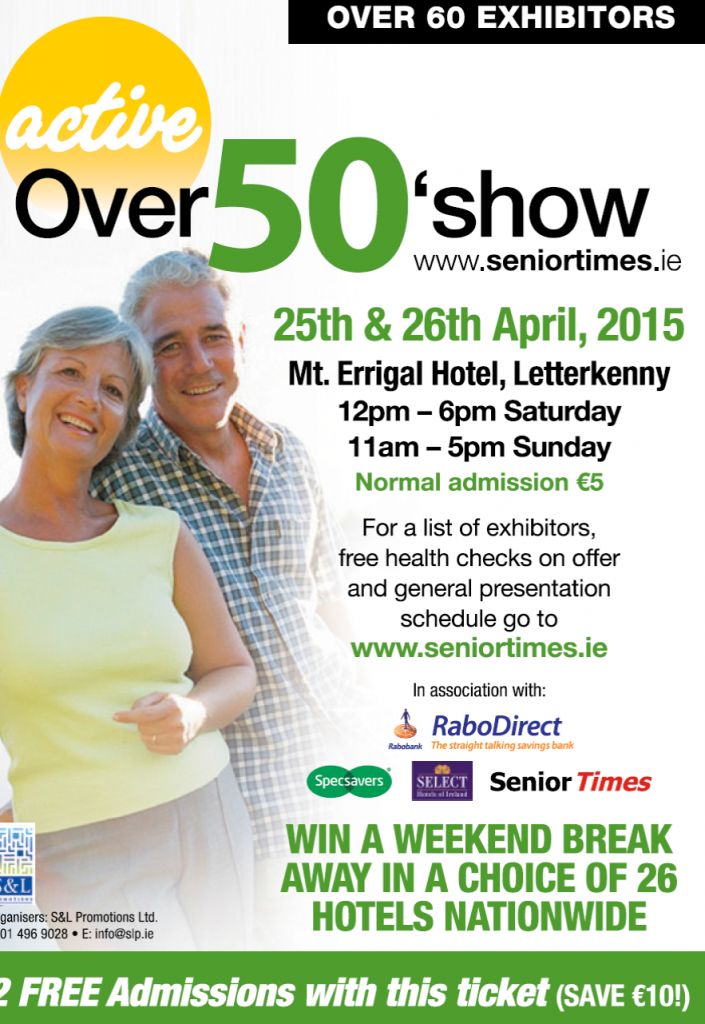 COMPETITION: The active over 50’s show is expected to draw a large crowd at the two-day event on the 25th and 26th of April.

With over SIXTY exhibitors attending the two-day event it promises to be a superb event.

By attending you could be in with a chance of winning a FREE weekend away in a choice of 26 hotels nationwide.

The event is being organised by Senior Times and for more information on the event go to www.seniortimes.ie