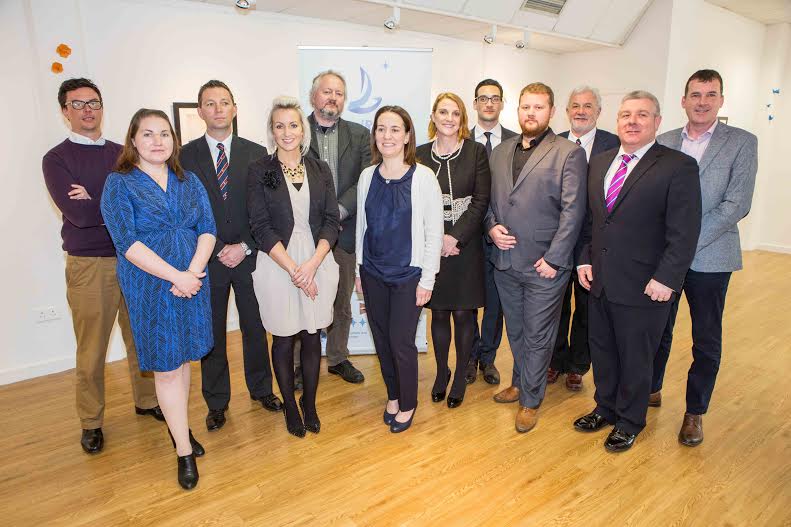 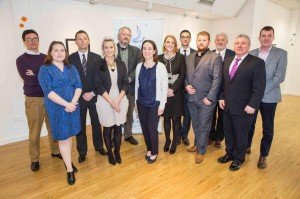 Joy Harron, Donegal Tourism (first in front row) attending the recent launch of the Cool Project in Cork which will see Donegal benefiting from €1.26m for the development of a Yacht Cruising route stretching from the south west coast of Ireland up to Norway.

Donegal County Council is set to benefit from INTERREG Funding of €1.26m to further develop the County’s Cruise Tourism Potential along the West and North Atlantic waters.

Together with Derry City Council and Cork Institute of Technology, Donegal County Council will work together with Port Authorities, Tourism Research Centres and Cruise Management interests in Scotland, Norway and the Faroe Islands over the next three years to develop a Yacht Cruising route stretching from the south west coast of Ireland up to Norway.

The ‘Cool Route’ project which is being supported by the Interreg Northern Periphery and Arctic Programme will develop Business and Marketing Plans for the route as well as logistical and facilities services.

Speaking at the Launch of the project today in Cork, Northern and Western Regional Assembly Director, Gerry Finn welcomed the initiative as an opportunity to further develop Marine based leisure tourism along the western seaboard. He added that: –

“In recent times we have seen the economic benefits to our region of the ‘Wild Atlantic Way’ through increased international visitor numbers. The ‘Cool Route’ Project will complement this strategy to ensure further investment in the tourism sector. As the designated Contact Point for the Northern Periphery & Arctic Programme in Ireland I want to wish Donegal County Council well with this initiative which will build upon the success of the SAIL WEST and Malin Waters projects.”

Donegal County Council Chief Executive Seamus Neely also welcomed this project stating “I am delighted with the announcement of this funding which represents a substantial investment in realising the potential of the marine sector as a driver of economic growth and tourism development for Donegal.”

He added: “By working collaboratively with partners in Ireland and Scotland, Norway and the Faroe Islands we are in a position to secure this level of investment for the county and develop a Yacht Cruising route of international significance that will undoubtedly accrue economics benefits for local businesses from this lucrative niche market.”