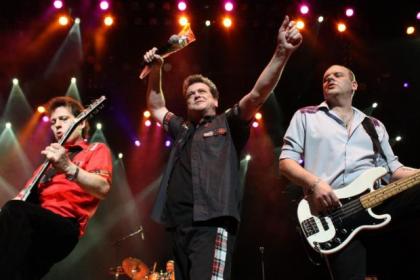 THE Bay City Rollers have announced a return to Donegal for two more gigs after last night’s sell-out concert at the Mount Errigal Hotel in Letterkenny.

Les Mc Keown, the band’s front man admitted today: “All I can say is ‘wow’s. We couldn’t believe the crowd in Donegal.

“It was an incredible feeling and we’ve decided we’re coming back for Christmas. We just can’t wait.”

Carolynne Harrison, the Sales & Marketing Manager at the Mount Errigal thought she would strike when the iron was hot and immediately after they came off stage, she asked the band to commit to two dates in December for their Christmas Party nights.

“BCR have signed the deal and we are so excited to announce that we have them for Thursday 17th and Friday 18th December,” she said

“It’ll be one of the biggest bands to hit the Christmas Party Scene in the North West of Ireland.

“This morning the hotel already received numerous bookings from those who thoroughly enjoyed the show last night.”