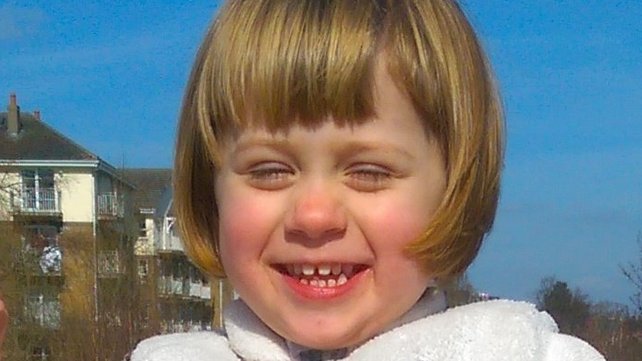 UPDATED: Gardai have ow cancelled the missing child alert after the 3 year old and her mother were found safe and well.

A Child Rescue Ireland (CRI) Alert has been issued for three-year-old Grace Penar Turner missing from Dublin, who was last seen with her mother Anna Penar Turner in Co Meath this morning.

Ms Penar Turner is believed to be driving a grey/blue Skoda Fabia, registration 10 D 7010.  The car has been seen in the Blanchardstown area of Dublin this afternoon.

They are missing from their home in Rathfarnham in Dublin and were last seen in Tara, Co Meath, at around 9.45am.

Gardaí say they have serious concerns as to the welfare of the child.

People are advised not to approach those involved, but to immediately dial 999 or 112.