Up to 800 people gathered in Letterkenny this afternoon for a Bin The Bills protest. 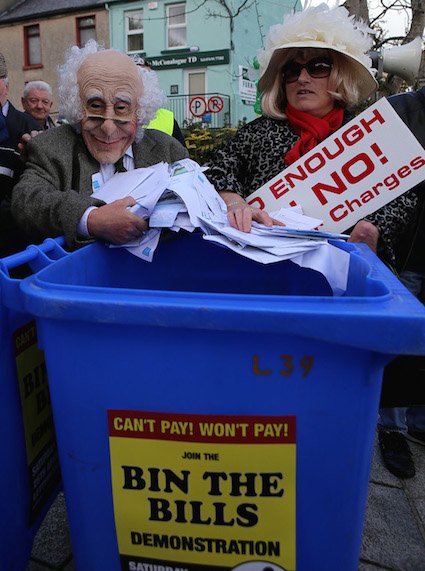 The march was organised by Can’t Pay Wont Pay but was down in numbers from previous protest marches.

The group were supported by a number of groups including the Rigth2Water Donegal branch.

A number of speakers addressed the crowd at Market Square after walking from the Port Roundabout at Mr Chippie.

Amongst those who attended to bin their bill was Thomas Pringle TD and a number of local councillors including chairman of Donegal County Council, Cllr John Campbell and Michael Mac Giolla Easbuig. 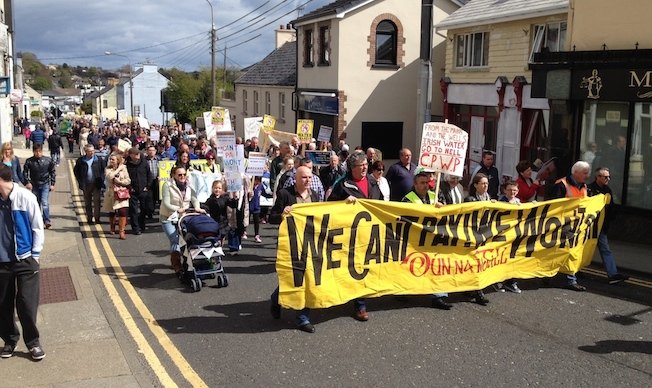 The large protest crowd walks up the Port Road in Letterkenny.

UP TO 800 GATHER IN LETTERKENNY FOR ‘BIN THE BILLS’ PROTEST MARCH was last modified: April 25th, 2015 by Stephen Maguire
FacebookTweetLinkedInPrint
Tags:
Bin the Billsdonegalletterkennywater charges