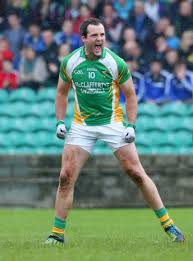 GAA NEWS: ALL THE RESULTS FROM THE ALL-COUNTY LEAGUE DIVISION ONE

Glenswilly exacted some revenge on their neighbours who defeated them in last year’s Donegal SFC final by defeating Maxi Curran’s side at O’Donnell Park.

Since losing out to Gaoth Dobhair on the opening day of the season, St Eunan’s have won THREE on the bounce which included a fine away win against Kilcar in Towney.

However, Glenswilly inflicted there second defeat of the league campaign with a deserved win earlier this afternoon.

Naomh Conaill got off to a dream start when former Donegal star Leo McLoone netted after just a few minutes gone.

Kilcar responded well though and fought their way back into the game and played superbly to go in at the break four ahead.

However, Naomh Conaill roared back into the contest when Cathal Ellis netted midway through the second-half to level.

Kilcar didn’t buckle despite the blow the concession of the goal was tagged on a number of crucial scores to edge Naomh Conaill by two and secure a crucial win.

A brace of goals from Ryan Melly and a penalty from CJ Molly ensured John McConnell’s side left Malin with two precious league points after an enthralling battle.

A poor start meant Malin trailed Ardara by NINE points at the interval but Liam Bradley’s side fought back and got back into the match when they scored TWO goals in a minute to roar back to life.

Paul McLaughlin netted first and then Brendan McLaughlin but then Melly got his second and Molloy dispatched the penalty to ensure Ardara saw off the spirited challenge from Malin.

They earned a super win AWAY to Dungloe last week and followed that up with an excellent win over Gaoth Dobhair at home this afternoon.

It was hard fought encounter with nothing between the sides but Four Masters showed great heart and character to get over the line and get another two vital points on the board.

GAA NEWS: ALL THE RESULTS FROM THE ALL-COUNTY LEAGUE DIVISION ONE was last modified: April 26th, 2015 by Mark Forker