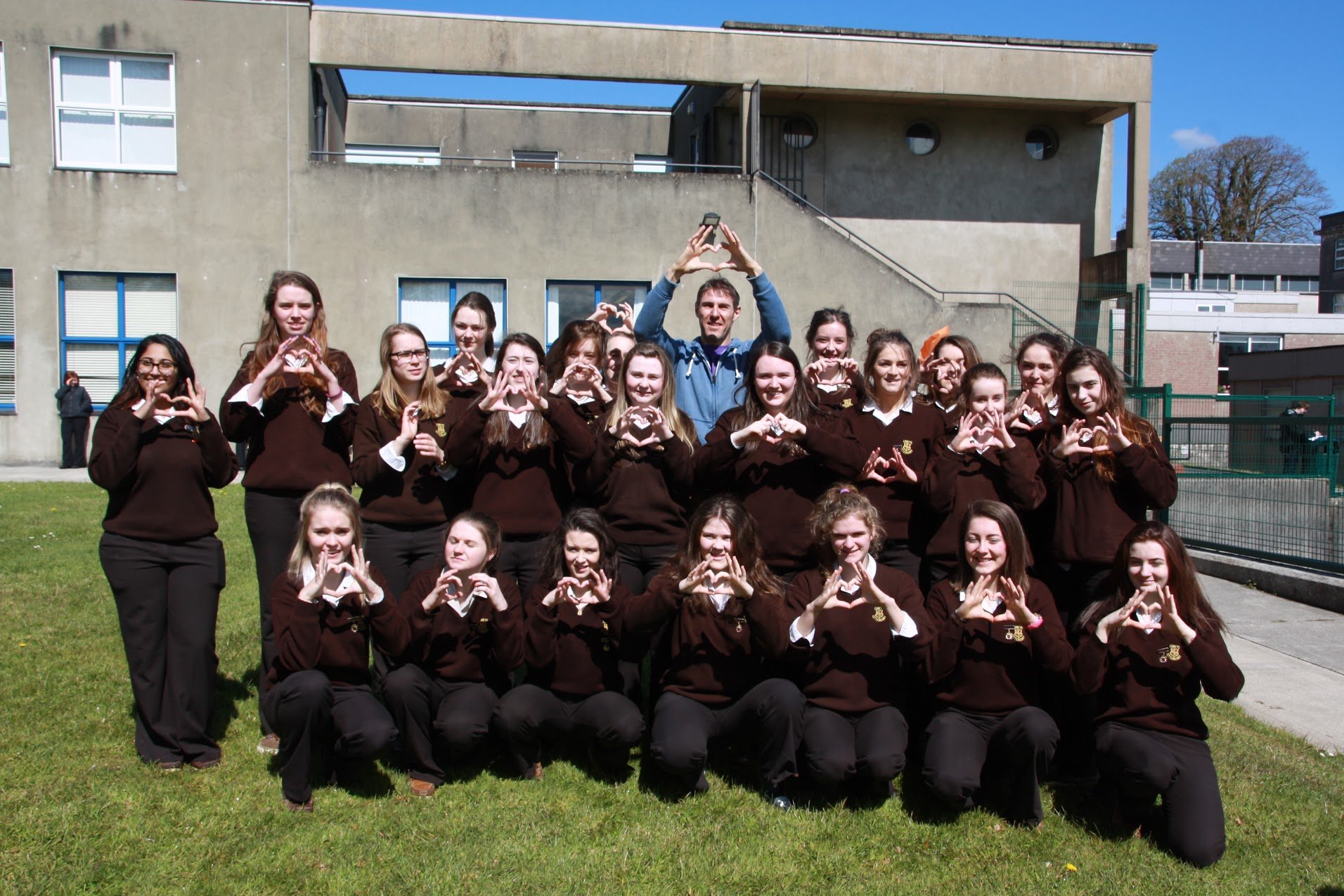 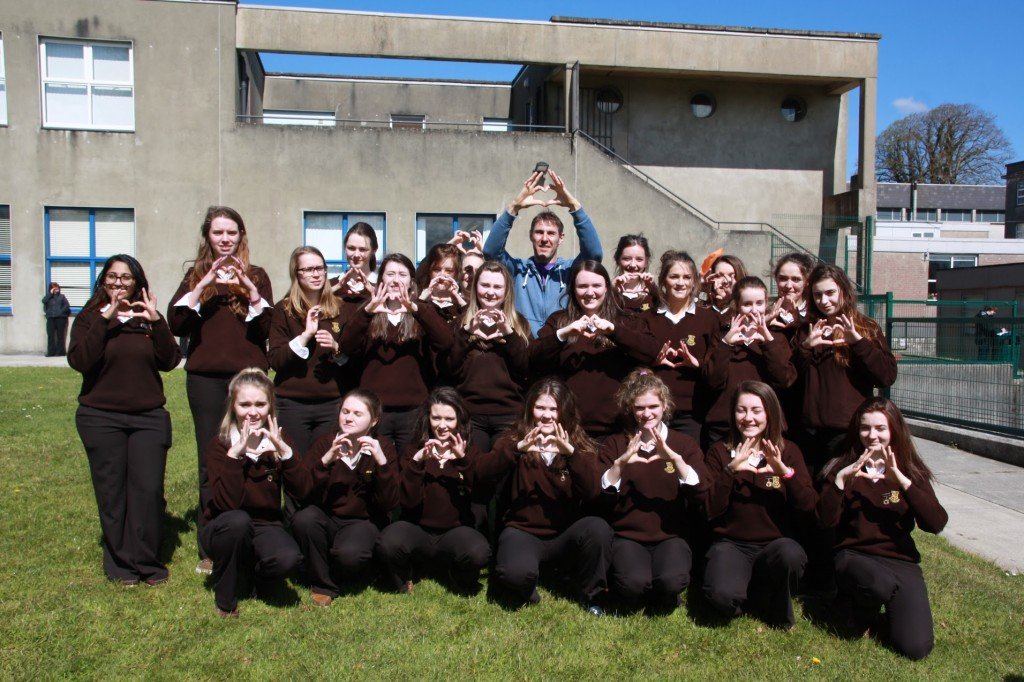 Loreto Covent Secondary Schools students have set a new WORLD RECORD for making the most Heart-Shaped-Hand-Gestures at the same time. 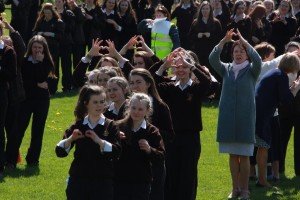 The kind hearted students decided to attempt the WORLD RECORD and dedicated the love gestures for those effected by the earthquake in Nepal.

The current record stood at 554, but the Loreto Convent students managed to smash that and gathered a sensational total of 870!

Jason Black, was the special guest, and he made an inspirational speech after the record attempt was broken.

The record was also part of celebrating the school’s theme for the year “Great Things are within Your Reach”. 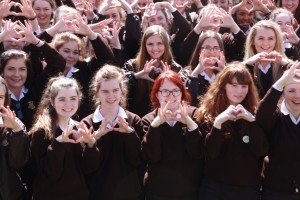 What could be greater than a world record?

Aoife O’Donnell told Donegal Daily, “The girls wanted to send their love to the victims of the Earthquake in Nepal.

“We hope this positive message can bring comfort to those suffering.

“The record was organised by the school’ Senior Leadership Team.

It was a great success! It’s a great feeling to have been part of a team which set a WORLD RECORD!