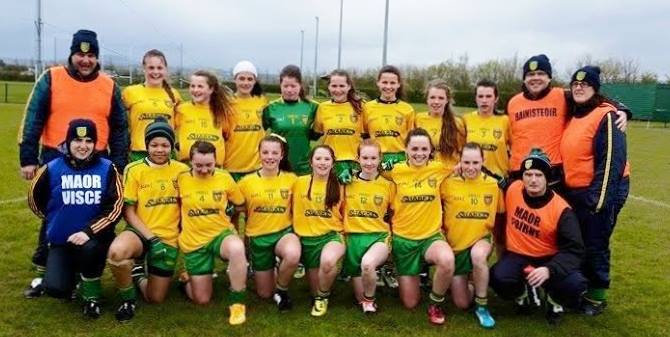 written by John2 May 3, 2015
Facebook0Tweet0LinkedIn0Print0 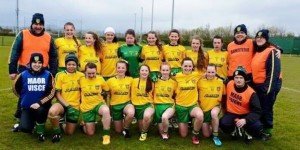 DONEGAL LADIES FOOTBALL NEWS: DONEGAL’S Minor Ladies and U14s were the toast of the county on Saturday after both teams won their Ulster Championship clashes.

First up were the U14s who were up against a fancied Tyrone team at Carndonagh.

But despite playing against the wind, it was the Donegal girls – captained by Moville’s Aoibh Faulkner – who played the better football and led at the break by 10 points.

Next up were the Minors who also had to battle a stiff breeze in the first half hour, but despite that also led at the break 1-04 to 1-02 in a tight encounter with Antrim.

With the wind advantage and a different system for the conditions, the Minors soon pulled further ahead, restricting Antrim to just one more score – a goal – while Donegal added 10 more points. Final score 1-14 to 2-02.

And Glenfinn are the new title holders.

It was a very tight first half with defences on top and scores at a premium in wet conditions.

Glenfinn however were the much better team in the second half allowing Milford just two more points whilst they stretched their lead to a winning 2-07 to 1-06, a four point win.

Elsewhere in the All County league St Eunan’s had a good win over Carndonagh in Division One whilst in Division 3 South West N Columba defeated N Muire 5-09 to 4-11 (24 points to 23) in a cracking game. 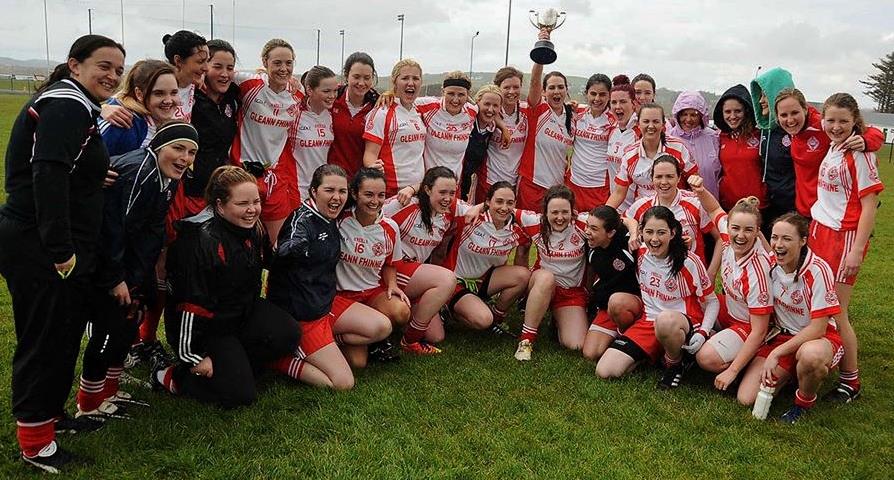