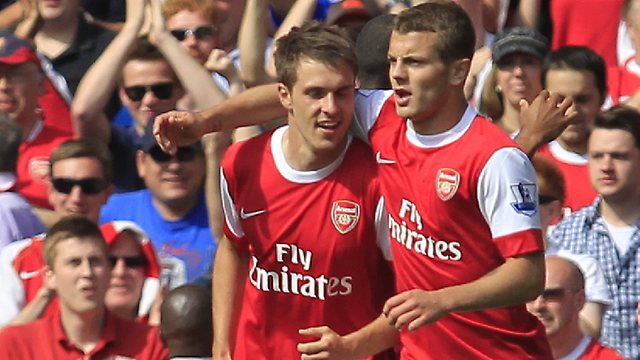 written by Stephen Maguire May 5, 2015
Facebook0Tweet0LinkedIn0Print0

Earlier this week Mark Farren’s family released a statement in which they revealed the former Derry City strikers latest operation to remove a brain tumour had been unsuccessful.

They now desperately want him to undergo revolutionary treatment in Germany that they hope will save his life but the cost is a staggering €30,000.

However, the response from the footballing fraternity and beyond has been incredible and they’ve almost reached their initial target.

Signed Arsenal jerseys belonging to Jack Wilshere and Aaron Ramsey will be auctioned on E-Bay tomorrow with all proceeds going towards his treatment fund.

The Arsenal stars are just the latest in a number of high-profile players who have made donations.

The family are encouraging anyone who can donate to continue to do so even if they reach there target, because they will have to stay in Germany for a significant amount of time during Mark’s treatment and the cost of living there will be no doubt be very expensive.

The family have also thanked EVERYONE who has made a donation and says they’ve been overwhelmed by the response so far.