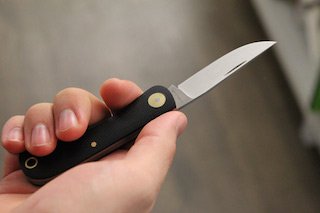 A man who stabbed his friend in the chest after they had watched a football game together has walked free from court.

Man was stabbed with a pen-knife

Boyle admitted stabbing his friend Dylan Loughlin with a small penknife and causing an 18 cm slash wound to his chest on November 8th, 2012.

The pair had been drinking together with other friends after watching a football game on television in a house at Dr.McGinley Road in Letterkenny.

The court was told that there had been a disagreement over a laptop computer and Boyle and  Laughlin ended up wrestling together.

After wrestling on the ground Laughlin realised he had been stabbed by Boyle who had then thrown the knife over a wall.

He was rushed to Letterkenny General Hospital and received 14 stitches to his wound.

Boyle, of 14 Glendale Drive, Letterkenny, admitted the charge but said it had all been a blur as he had been drinking heavily.

Judge Francis Comerford said that school pals often had rows but a row involving a knife and the crying of a knife was a serious offence.

However he said he was satisfied that since the incident, Boyle had not come to the attention of Gardai.

He said the accused had now shown a certain degree of maturity and Boyle also said he now had an interview to get a place on a FAS course.

MAN WHO STABBED PAL IN CHEST AFTER FOOTBALL GAME WALKS FREE was last modified: May 7th, 2015 by Stephen Maguire