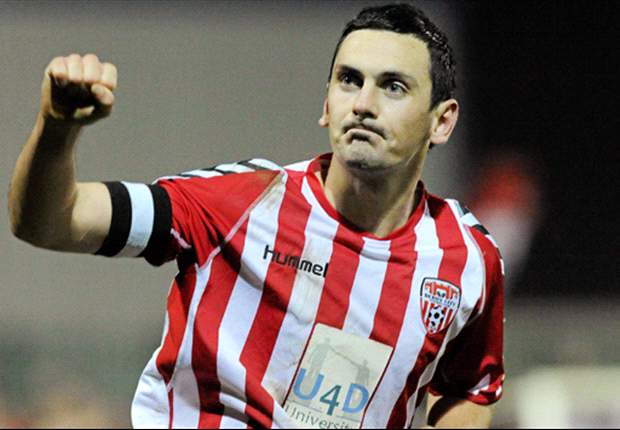 written by Stephen Maguire May 7, 2015
Facebook0Tweet0LinkedIn0Print0 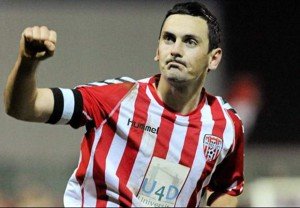 Only last week it was revealed by Mark’s family that recent surgery to remove a brain tumour was not successful.

The only option left for Mark was to undergo revolutionary treatment in either Germany or Mexico.

However, the procedure would cost £30,000 and a fundraising initiative was set-up by friends, family and former teammates of Farren.

The response has been absolutely incredible and the family have now raised the amount required to ensure Mark can undergo the treatment he desperately needs to save his life.

A star studded Derry City XI will take on Glenavon at Mourneview tonight with all proceeds raised going to the Mark Farren treatment fund.

A number of other fundraising initiatives are in the pipeline and anyone who can make a donation is begin asked to do so in order to help Mark and his family.