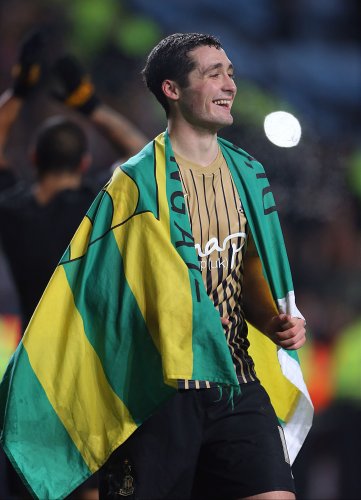 Is the Donegal flag heading back to Wembley?

Donegal soccer stars Carl McHugh and Stephen McLaughlin are still on course to face each  other at Wembley later this month in the League Two play-off final.

Plymouth Argyle are managed by former Republic of Ireland player John Sheridan and his side found themselves 3-0 down after just 52 minutes.

However, Plymouth showed great character and scored two goals in the last five minutes to give themselves a fighting chance in the return leg on Thursday night.

McHugh will be hoping his side can produce a better performance on Thursday that will see him return to Wembley.

McHugh was a pivotal figure in Bradford’s epic Carling cup run and reached the final of the competition in 2013.

Former Harps star McLaughlin played for Phil Brown’s Southend in their 1-1 away draw with Stevenage FC.

McLaughlin was impressive for Southend and played 78 minutes before being replaced.

McLaughlin will be confident that Southend can use their home advantage to book themselves into the play-off final at Wembley.