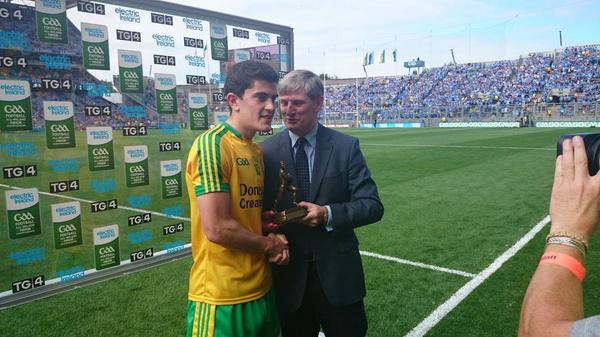 written by Stephen Maguire May 12, 2015
FacebookTweetLinkedInPrint 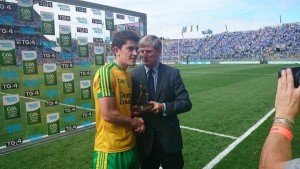 This result moves them joint top of the league with St Michaels while in an occasion that is rarely seen a side not scoring in a match our reserves won 0-12 to 0-00 which keeps the lads top of the reserve league, no matches this weekend due to the Ulster Championship match.

Our Under 16s defeated Dungloe on Thursday 1-12 to 1-04 they now face Naomh Conaill away in the division one semi-final this Wednesday at 7pm best of luck to the lads. Our Under 12s are down to play Na Rossa away on Wednesday this has to be confirmed.

Best of luck to Paddy, Mark, Ryan, Eoin and Ciaran who are on the senior panel and Conor Doherty who in with the minors in the Ulster Championship matches against Tyrone this Sunday in Ballybofey. Commiserations to Donegal ladies who lost the division two final on Saturday, Orlagh Carr is part of the panel.

The official GAA/GPA Fantasy Gaelic game is back for another season; inviting you to join the 2015 GAA championship challenge and play it your way, we had a great response to this last year and hope for the same this summer full details on our website at www.kilcargaa.com/index.php/fantasy-gaelic-2015