SUNSHINE AND SNOWDROP SPLITTING IN CULDAFF!

Pictured are some of Gardener Gareth Austin’s Horticultural students who spent a day extending the snowdrop displays at Culdaff House in Inishowen. 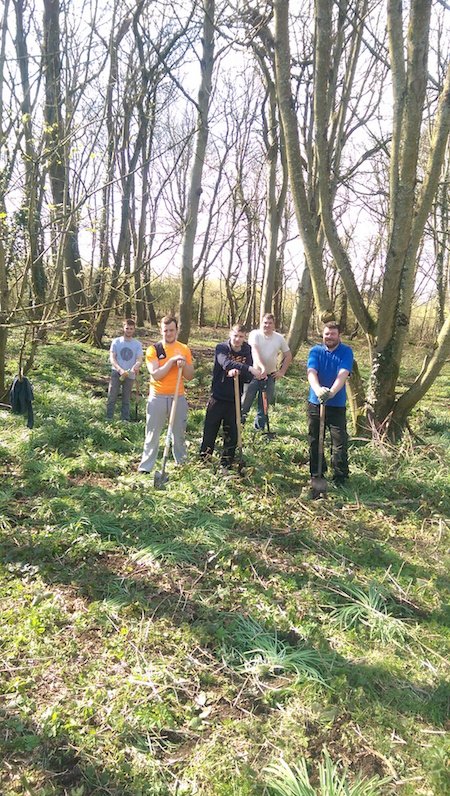 The students at Culdaff House.

The students, who are normally based in the Colgan Hall in Carndonagh, undertook this project as a way as part of their Level 5 Horticultural Program, which is administered by the Donegal ETB.
“Snowdrops respond really well to being lifted, split and replanted just as they come out of flower”, “and its a great way of extending a display without spending any money” said Gareth Austin.
The snowdrop area that Gareth and the guys were working on is located on the ‘Bluebell Hill’ road and stretches out around the old gate lodge, alongside this road.
“When we were there I was struck by the amount of walkers using the road, so I’m delighted that long after out course has finished the students have added to and enhanced a local attraction that every person who walks this road in February/March can stop and admire” adds Gareth.

SUNSHINE AND SNOWDROP SPLITTING IN CULDAFF! was last modified: May 14th, 2015 by Stephen Maguire
Facebook0Tweet0LinkedIn0Print0