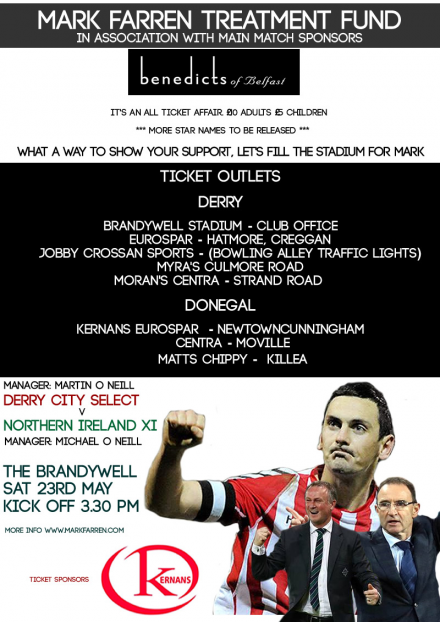 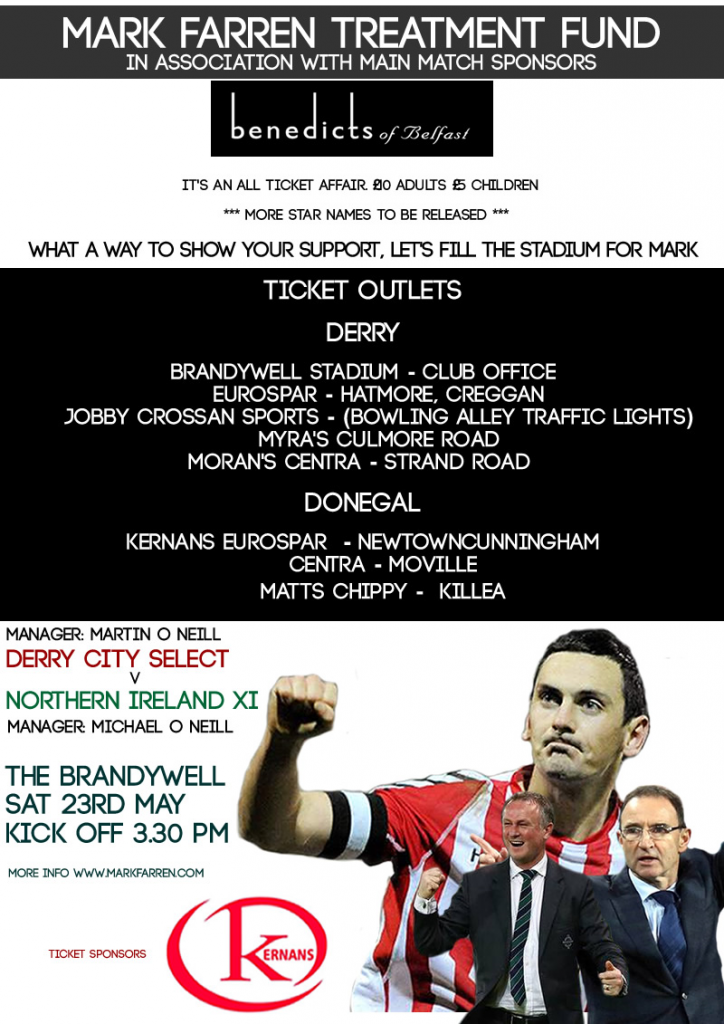 TICKETS for a star-studded fundraising football match in aid of stricken Donegal man Mark Farren have now gone on sale.

Republic of Ireland manager Martin O’Neil will manage a Derry City XI against a Northern Ireland XI which will be managed by current international boss Michael O’Neill.

The game will take place at The Brandywell Stadium next Saturday and former teammates Paddy McCourt, James McClean and David Forde have all agreed to play in the game.

The game has been organised as part of a number of fundraising initiatives to help former Derry City striker Mark Farren and his family ahead of his revolutionary treatment in Mexico.

Surgery to move a brain tumour was unsuccessful and Farren needs ground-breaking surgery to contain the aggressive nature of the tumour.

Organisers are hoping the game will be a sell-out fixture which would give Mark and his family the prefect send-off before he heads off to Mexico for his life-saving treatment.

Finn Harps captain and close friend of Farren’s from their time together at Derry City Kevin McHugh has urged the general public to come out and support Farren.

McHugh said on his Facebook timeline, “Folks, as of today, tickets are on now on sale for Mark Farren Treatment Fund game.

“More names to be confirmed in a few days!

“This is an ALL ticket game, so please get tickets early

“All the National TV stations will be in attendance, so lets make a huge effort and sell this game out.

“Be unreal to have Brandywell packed and singing for Farnzo before he heads for his treatment.

Tickets are available to purchase from the following outlets outlined on the poster above.