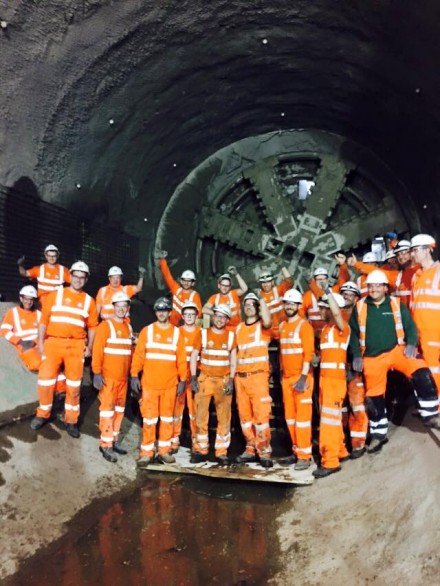 written by Stephen Maguire May 15, 2015
FacebookTweetLinkedInPrint 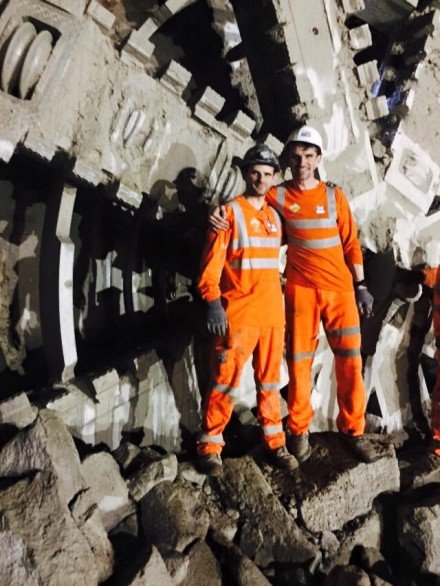 The newest members of the fabled ‘Donegal Tunnel Tigers’ have been central to one of the biggest and most ambitious tunnelling projects ever undertaken in the UK.

The Crossrail Tunnel project estimated to have cost £15 billion has been completed after nearly THREE years. 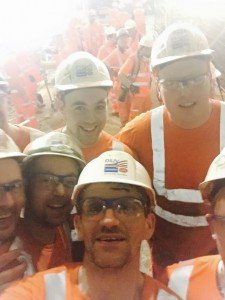 However, the project has been driven by men from all over Donegal who have continued the long tradition of ‘Donegal Tunnel Tigers’ involved in huge tunnelling projects all over the world.

The Rosses area in particular has a huge number of men who have played pivotal roles in ensuring the Crossrail project was completed.

The colossal 1,000 tonne machine used for drilling during the lengthy project is called the Elizabeth and is named after the Queen.

John Michael O’Donnell from Burtonport, explained to Donegal Daily the complex nature of the job completed.

He also named all those involved in the project from Donegal and it’s very clear the £15 billion pound project has Donegal embedded all over it.

O’Donnell told Donegal Daily, “After an incredibly long journey of over two and a half years, the’ TBM s719′ better known as ‘Elizabeth’ finally reached her destination of Farringdon last week.

“Elizabeth left Limo in November 2012 and it passed through the Canary Wharf’s new 1 billion pound station.

“However, much to the disappointment of our highly skilled crew two of our Donegal compatriots Donal McCole and Jake Bonner decided to abandon the Elizabeth and there colleagues.

O’Donnell continued, “Leading miner Pauric O’Donnell and pit boss John ‘Dinjo Boyle rallied the troops with a rousing speech and the journey continued towards Stepney Green into the largest SCL Cavern in the whole of the cross rail project.

“That project was completed primarily by men from TGT (Tommy Gallagher Tunnelling)who is a native of Ardara.

“Gallagher has looked after all the Donegal men on all his projects over the years and with his son Tommy Jr. now primarily at the controls hoping to carry on the proud Donegal tunnelling tradition.

The colossal Elizabeth then pushed on with the construction of the East bound tunnel and was followed closely by her sister TBM Victoria on the West bound tunnel.

The TBM Victoria was manned mainly by a Donegal crew with Burtonport Charles O’Donnell employed as lead miner.

O’Donnell added, “Both TBM’S came to rest at the next station for a period of TEN months were they were greeted by two Donegal Islanders Frankie Duffy (Inishfree) and Charlie Gallagher. (Arranmore)

The Victoria and Elizabeth with other lead miners Christopher ‘Dinjo’ Boyle and Eugene McFadden continued their epic journey to Liverpool Street Station and on to her final destination in Farringdon where she was steered to perfection by Michael O’ Donnell. (Arranmore)

O’Donnell added, “Under the instructions of Tommy Gallagher, the Elizabeth was steered to her final destination by John Michael O’Donnell, and it was done so to pin-point accuracy. 🙂

O’Donnell said the joy, satisfaction and sense of relief at the completion of the project was overwhelmingly, and that all Donegal men involved with both the Elizabeth and Victoria celebrated accordingly.

“We received a superb reception when the crew emerged through the cutter-head with Mark Finnigan from Falcarragh the first man to shake the hand of the emerging crew.

“However, no one was prouder than the the Boyle brothers better known as the ‘butchers’ from Dungloe.

This was evidenced by a phone call from another proud Boyle brother involved in another TGT project in Saudi Arabia.

O’Donnell concluded, “Declan ‘The Butcher’ Boyle then received a call from another TGT project in Saudi Arabia.

“The call was from his brother Brendan ‘Fred Butcher’ Boyle and his neighbour and close friend Michael Boyle who rang through with words of congratulations!!

“We’re just keeping our fingers crossed now and hope we have another successful day in about two weeks time on the arrival of the Victoria.

“This will be the last piece of tunnelling on this massive £15 billion pound project.

Well done to all the Donegal contingent involved in this incredible project.