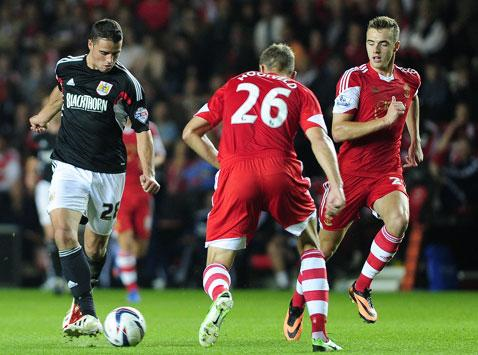 McLaughlin will fulfil a childhood dream by gracing the hallowed turf at Wembley later this month when his Southend side face Wycombe Wanderers in the play-off final.

McLaughlin was dropped from the starting XI by manager Phil Brown following Sunday’s 1-1 draw with Stevenage.

However, he was introduced as a 63rd minute substitution and his introduction turned this game on its end.

The game was locked in a stalemate and was heading for extra-time, but unbelievably Southend were awarded a penalty in the 95th minute.

Barry Corr had an opportunity to win it but he missed the penalty and the game subsequently went into extra-time.

The first-half of extra-time couldn’t separate the sides, but four minutes into the second-half up stepped McLaughlin.

A dangerous teasing cross was met by McLaughlin who guided the ball home with a superbly executed diving header to send the crowd at Roots Hall into a state of delirium.

McLaughlin’s goal was the decisive turning point which took the wind out of Stevenage and the game was sealed in the dying seconds when Mark Timlin scored a superb solo effort to send Phil Brown’s side to Wembley.

A large contingent from Donegal is expected to head to Wembley later this month to support McLaughlin is on loan at Southend from Nottingham Forest.

McLaughlin has swapped Shamrock Park in Clonmany for Wembley…..