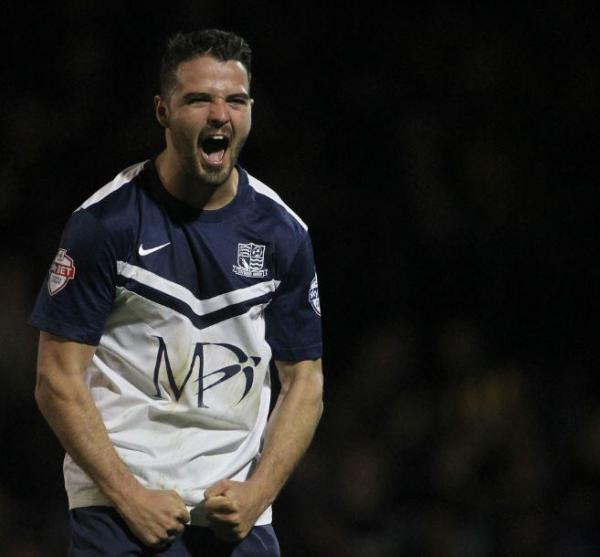 Former Finn Harps and Derry City player Stephen McLaughlin is confident he has done enough to merit a place in Phil Brown’s starting XI for Southend’s play-off final with Wycombe at Wembley.

McLaughlin had started the first-leg of their semi-final play-off win against Stevenage but was dropped for the return leg.

However, McLaughlin’s introduction changed the game and turned the tide in favour of Southend.

McLaughlin created the equalising goal and then scored the crucial second in extra-time before Southend sealed it deep into injury-time.

In an interview with Soccer Republic on RTE McLaughlin is confident he will start the play-off final at Wembley later this month.

McLaughlin said, “I was disappointed to be left out of the starting side for the return-leg but I felt I proved a point when I came on.

“I set-up the first goal and scored the second goal so I was delighted I was able to make the impact I did.

“I’m hopeful I’ve done enough to earn a place in the starting XI for the final at Wembley.

McLaughlin admitted he was excited about the prospect of playing at Wembley and says as a kid you dream of playing on the hallowed turf.

McLaughlin reflected fondly on his time with Derry City and encouraged people to continue to donate to the Mark Farren Treatment Fund.

“I had a great spell at Derry, we won two cups and lost another final so it was a great time.

“Mark Farren is an absolute gentleman and I’m delighted at the response he has got and I’m encouraging people to continue to donate.

McLaughlin will be hoping Saturday the 30th of May will be a good day for the man from the Isle of Doagh when his Southend side face Stevenage at Wembley in the league-two play-off final.

MCLAUGHLIN HOPEFUL OF MAKING STARTING XI FOR PLAY-OFF FINAL AT WEMBLEY was last modified: May 20th, 2015 by Mark Forker